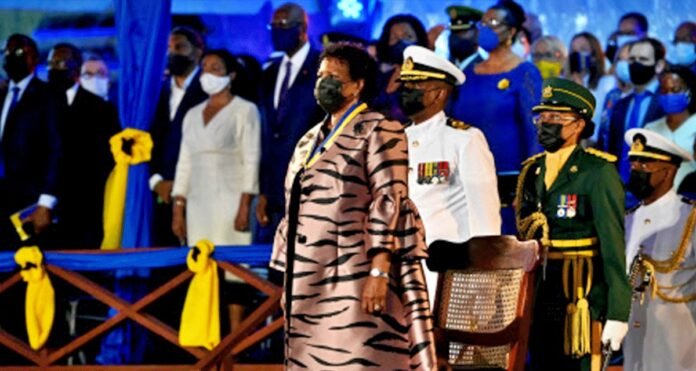 Barbados: Barbados, a country with a population of 2 lakh 85 thousand, has officially become a republic country on Tuesday, abandoning the ritual pledge of loyalty to Queen Elizabeth II. This includes more than 200 years of slavery until 1834.

After gaining independence from Britain 55 years ago, now the republican rule has come into force in Barbados. After which, in 1625, almost all colonial relations enforced ended after an English ship claimed it to King James I, who had enslaved it to England.

The move can also be seen as a precursor to widespread attempts by other former colonies to cut ties with the monarchy, in the wake of Queen Elizabeth’s 70-year reign and the future coronation of Charles.

The Caribbean island of Barbados is known for its beautiful beaches and its love for cricket. The British first colonized the island in 1627 and kept it as a colony until 1961. The island gained internal autonomy in 1961. It gained full independence from Britain in 1966, but still maintained close ties with the monarchs through the Crown’s representative governor-general.

Sandra Mason will now be the Governor-General of Barbados, appointed by Queen Elizabeth II.

26/08/2021/10:27:am
New Delhi: There has been an increase in the cases of coronavirus infection in the country once again. According to the Ministry of Health...

25/08/2021/10:54:pm
New Delhi: Recently many electric cars have been launched in India, from which it is clear that automakers are looking at their future in...