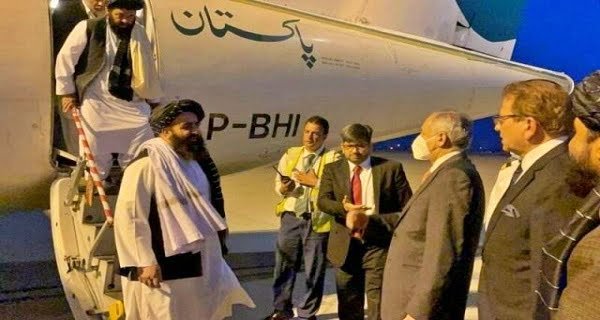 Islamabad: Amir Khan Muttaki, the caretaker of the foreign minister of Afghanistan, arrived here on Wednesday. This is his first visit to Pakistan as part of an attempt to improve relations between the two countries after the Taliban seized power in Afghanistan. He was received at Noor Khan airport by Commercial Advisor Abdul Razzaq Dawood, Pakistan’s Special Representative for Afghanistan Mohammad Sadiq, and senior officials.

Taliban representative Shakib Ahmed at the Afghan Embassy in Islamabad was also present on the occasion. Mottaki is accompanied by a 20-member high-level delegation that includes Finance Minister Hidayatullah Badri, Industry and Comprehensive Minister Nooruddin Aziz, and senior officials of the Aviation Ministry. During the three-day visit, he will hold talks with his counterpart Shah Mehmood Qureshi and other officials.

Afghan Foreign Ministry spokesman Abdul Kahar Balkhi said Afghan officials will discuss bilateral ties with Pakistan and issues such as improving the economy, transit, refugee, and people-to-people movement. Since his visit coincides with the meeting of the special representatives of China, Russia, the US, and Pakistan on Thursday, Muttaki is likely to meet the special representatives of these countries as well.

24/08/2021/10:45:pm
Kabul: Afghanistan has been occupied by the Taliban. After this, the most popular pop star Aryana Saeed has left her country Afghanistan. After catching...