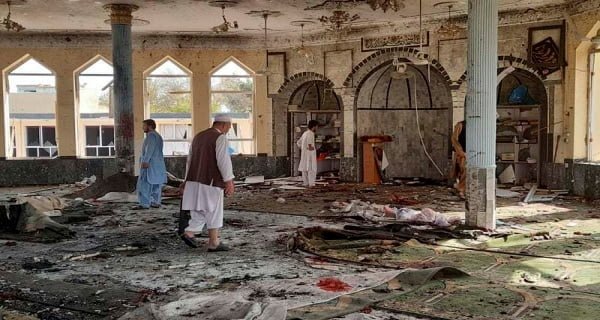 New Delhi: According to news agency ANI, an explosion has been reported in a mosque in Nangarhar province of Afghanistan. In which 12 people including a cleric were injured. There are reports of three people being killed.

A Taliban official confirmed the attack. Several people were injured in Friday’s blast at a mosque in Afghanistan’s restive Nangarhar province, the official said.

The blast during Friday prayers at a mosque in Spin Ghar district is confirmed, the official said. Three people are reported to have died in this attack and many people have also been injured. In recent days, there have been several attacks in Afghanistan. The Islamic State has been behind these attacks.

Blasts before
There was an explosion at the entry gate of Sardar Mohammad Dawood Khan Hospital in Kabul, the capital of Afghanistan. Taliban deputy spokesman Bilal Karimi told The Associated Press (AP) that an explosion targeting civilians was carried out outside the Sardar Mohammad Dawood Khan Military Hospital in Kabul. 25 people died in this attack, while 50 people were injured.

At the same time, on October 8, at least 46 people were killed and dozens were injured in a bomb blast at a mosque full of Shia Muslim worshipers in northern Afghanistan. The terrorist group Islamic State (IS) has claimed responsibility for the bombing of the mosque and said that its suicide bomber carried out the incident.

25/10/2021/9:20:pm
Dubai: A former senior Saudi security official who helped oversee joint counter-terrorism efforts of the US and Saudi Arabia has alleged that the country's...

Government launched an app for customers, now products will be tested for veracity

27/07/2020/11:23:pm
New Delhi: The Government has made another big announcement after implementing the Consumer Protection Act 2019. Union Minister of Consumer Affairs and Food, Ram...

19/11/2021/3:04:pm
Indore: Asia's Largest Biomethanation Plant has been completed in the country's cleanest city, Indore, Asia's largest and the country's first waste to the bio-CNG...