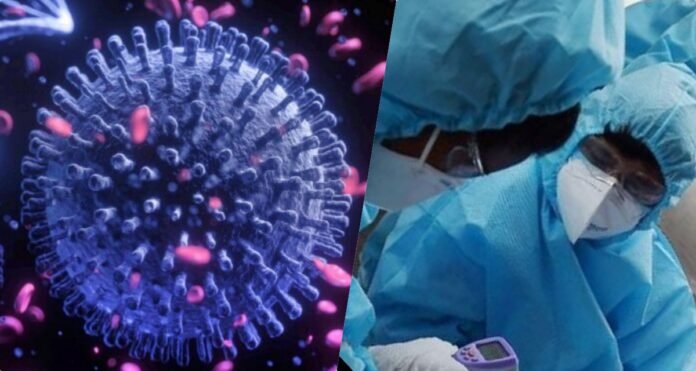 New Delhi: The cases of Coronavirus infection have increased rapidly worldwide due to the Omicron variant. In many countries, this variant infected crores of people. In the last 2 months, there have been many studies regarding Omicron variants. In which the rate and severity of infection of this variant have been studied. In all these studies, it was found that Omicron is more contagious than other previous variants of Covid-19 but due to mild symptoms, it has not caused serious lung disease. There is some scientific reasoning behind this.

Data related to the rate of infection and hospitalization from many countries of the world have confirmed that the infection rate of this variant is high but in comparison, the number of patients admitted to the hospital is very less. Many scientists believe that the Omicron variant may prove to be the beginning of the end of the corona epidemic. The answer to this question in global studies is-

Will the pandemic end because of Omicron?
In a report published on December 28 in the International Journal of Infectious Diseases, it was reported that studies conducted in South Africa have shown that the Omicron variant caused less severe cases associated with Covid-19 infection. This variant was first identified on 9 November 2021 in the city of Tshwane, which is located in the Guateng province of South Africa. There was a fourth wave of corona in this city due to the Omicron variant, but the number of serious cases was much less than the previous wave.

Omicron 70 times faster but less severe in terms of infection
In mid-December last year, researchers at Hong Kong University were the first to describe how an Omicron variant infects and affects the respiratory system. In this study, these scientists said that this variant infects 70 times faster than all other variants of Delta and SARS-CoV-2. The study also reported that the Omicron variant proved to be less lethal inside the lungs than other previous variants and did not cause serious disease.

Economic crisis deepens in Russia due to Ukraine war, it will affect the whole...

Center warned about the third wave of coronavirus

16/07/2021/9:38:pm
New Delhi: The Center has again asked the countrymen to be alert on the coronavirus epidemic. The Health Ministry said on Friday that the...

23/11/2020/5:07:pm
Mumbai: Bharti Singh and Haarsh Limbachiyaa have been granted bail by the Special NDPS Court. Big comedian Bharti on TV was arrested by the...

16/06/2021/9:39:am
New Delhi: After not being able to appoint statutory officers on time, Twitter has lost the coveted “safe harbor” immunity in India. According to a...

Fatal encounter between terrorists and security forces in Kulgam, 5 terrorists...

Sushant Singh Rajput will always shine in the sky, Fan gets...