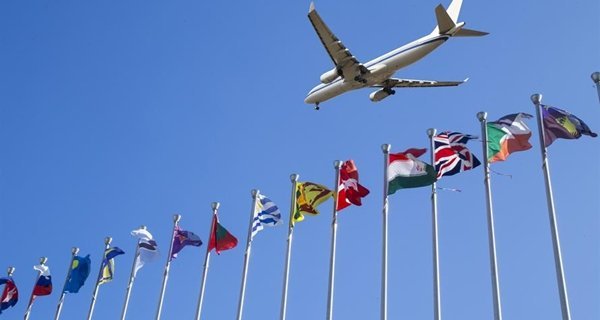 New Delhi: Aviation regulator DGCA has extended the final deadline of Ban on International Flights till 31 August. However, this restriction by the DGCA will not apply to international cargo-operations and flights approved by the DGCA. The DGCA said in a statement on Friday, ‘The government has decided to extend the suspension period of scheduled commercial international flights. It will be on August 31 for 11 to 59 minutes.

In the midst of the Covid-19 crisis, Civil Aviation Minister Hardeep Singh Puri announced ‘Air Bubble’. Under this, international flights will be allowed from India to America, France and Germany. Air France of France and United Airlines of the United States of America will fly from Paris and America to India.

The fifth phase of Vande India will be for these countries
The countries from which people will be brought in the fifth phase include the Gulf countries, Canada, America, Britain, Germany, France, Australia, New Zealand, Malaysia, Philippines, Singapore, Bangladesh, Mymar, China, Israel, Ukraine and Kyrgyzstan. The spokesman said that as of July 29, 8,78,921 Indian nationals have returned under this campaign. He said that 1,083 flights have been scheduled so far under the fourth phase of Vande Bharat Mission, of which 849 international flights and 234 feeder flights.

30/06/2020
New Delhi: The rising cases of Coronavirus may be bothering everyone, but scientists have indicated relief in the coming days. According to scientists, till...

11/09/2020
Bhopal: The Congress has won in announcing the names of the candidates in the Assembly By-Election, which is going to be held in 27...

China’s Chandrayaan ‘Cheng-4’ lander and rover were put at idle, this is the reason

21/02/2021
Beijing: The lander and rover of Chandrayan Cheng-4 of China have been put into a dormant state due to a lack of solar...

The first Bihar Exit poll came, uphill battle between the NDA and the grand...