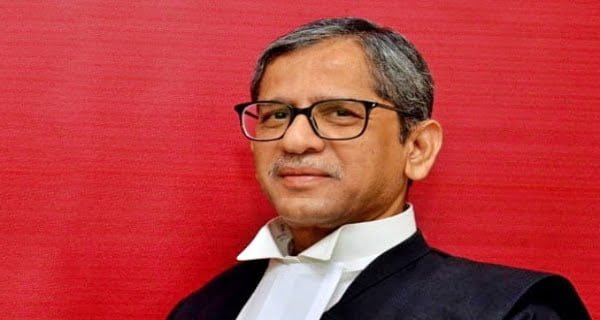 Supreme court judge became in 2014
On 17 February 2014, Justice Ramanna became a judge of the Supreme Court. Prior to this, he had been the Chief Justice of Delhi High Court. Justice Ramanna was born on 27 August 1957 in Ponnavaram village in Krishna district of Andhra Pradesh. He comes from a peasant family. On 10 February 1983, he started his career as an advocate. At that time, he started from the High Court of Andhra Pradesh. Apart from the Andhra Pradesh High Court, he has seen issues related to civil, criminal, constitutional, labor, service and elections in the Central and Andhra Pradesh Administrative Tribunals, Supreme Court.

Fight against emergency
Justice Ramanna has also been working as Additional Advocate General of Andhra Pradesh. On 27 June 2000, he was appointed as the permanent judge of Andhra Pradesh. From 10 March 2013 to 20 May 2013, he has also served as the acting Chief Justice in the Andhra Pradesh High Court. Now he will take over the responsibility of the 48th CJI of the country. When there was an emergency in the country in 1975, Justice Ramanna was a student leader at that time. During the Emergency, he fought for civil liberties. During this time, he devoted his one year as a student to his struggle.

What was the dispute with CM Reddy
In October 2020, Andhra Pradesh Chief Minister YS Jagan Mohan Reddy also accused Justice Ramanna and his family of corruption. CM Reddy wrote a letter to CJI Bobde. He said that Ramanna and some of his relatives were involved in corruption in the purchase of land in Amravati. Reddy even said that Justice Ramana is trying to destabilize his government by influencing the hearing and rulings in the Andhra Pradesh High Court. Reddy appealed to the CJI to investigate the entire issue.

Ramanna says – judge is soft target
The controversy had grown so much that Reddy’s letter was criticized by the Delhi High Court Bar Association. At the same time, the All India Lawyers Union demanded an inquiry into this whole matter. The union said that if the allegations are false, then Reddy should be fined. Subsequently, in a book launch program, Justice Ramanna reacted to this entire matter. In November 2020, three petitions were filed against Reddy in the Supreme Court. There was a demand in all these that he be removed from the post of Chief Minister of Andhra Pradesh.

03/12/2020
New Delhi: After the private sector HDFC Bank on Thursday, there has been a disturbance in the system related to the YONO app of...

01/12/2020
Mumbai: Well known Bollywood singer and reality show host Aditya Narayan is in the headlines these days regarding his personal life. Today is their...

09/10/2020
New Delhi: Pakistan has also banned the Chinese app Tiktok. According to the report of Pakistan's Geo News, this action has been taken due...

10/09/2020
Mumbai, Maharashtra, India:  The grants will be split across six NGO’s in India in an effort to collectively help bridge inequalities around education, sanitation and...