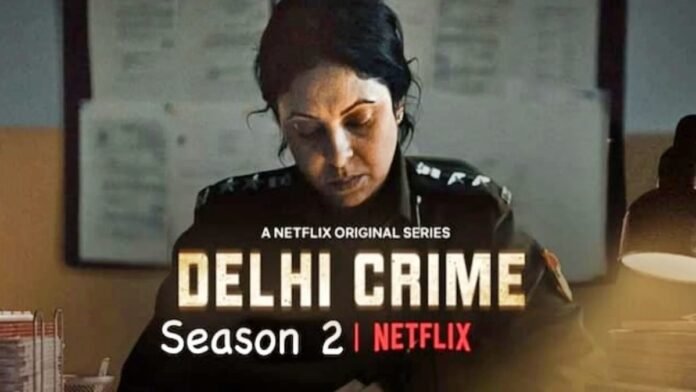 Season 2 of ‘Delhi Crime’, one of the most popular web series on India’s most popular OTT platform Netflix, has been in the news for a long time. Fans who have watched its first season are eagerly waiting for its upcoming new season. Today its teaser has been released. Some time ago Netflix announced its second season. In this season, the audience will get to see something new. Like the first season, this time also Shefali Shah is going to be seen in the role of DCP Vartika Chaturvedi.

Let us inform that the story of the second season of ‘Delhi Crime’ has been written jointly by Mayank Tiwari, Shubhra Swaroop and Inshiya Mirza. At the same time, its dialogues have been written by Virat Basoya and Sanyuktha Chawla Sheikh. ‘Delhi Crime Season 2’ will be streamed on Netflix on August 26 this year. The teaser of the series has already increased the curiosity in the minds of the audience.

15/06/2020/8:44:pm
Washington:(UNI) A medical examiner in Atlanta, Georgia, on Monday declared the death of an African-American man to be homicide after he was shot in...

01/03/2022/1:57:pm
New Delhi: The situation in Ukraine's capital Kyiv under Russia-Ukraine War is deteriorating. Meanwhile, a strict advisory has been issued to the stranded Indians...

Google’s most affordable phone Pixel 5a launched, will get HD + OLED display, 6GB...

Ban on New Year’s celebration, some countries made new rules due to ‘Omicron’

28/12/2021/9:31:pm
Brussels: Ahead of the new year, the new form of the coronavirus 'Omicron' is discouraging people and countries are taking different steps to deal...

14/01/2021/11:19:am
New Delhi: Alibaba founder Jack Ma was criticized for criticizing the policies of the Chinese Communist government and President Xi Jinping. More than two...

Naseeruddin Shah revealed, said- ‘I can speak because I do not...