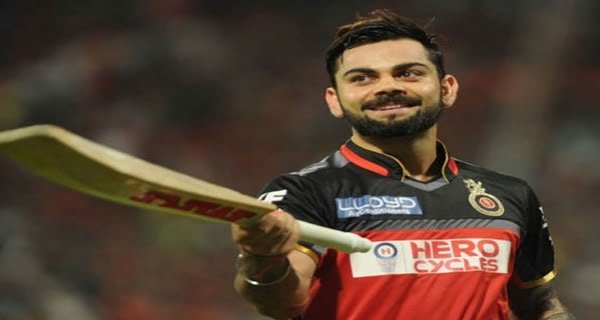 New Delhi: Indian captain Virat Kohli has won many historic victories while playing for Team India. However, in the IPL, RCB could not do wonders till now. Royal Challengers Bangalore have not been able to win a single title so far, despite this, Kohli has always said that he never wants to leave this team. Before the start of IPL, Kohli shared a video and made the fans realize again how important RCB is for them.

Kohli said loyalty is above everything
Kohli has shared his journey in RCB in the video which he has shared on Instagram. In the video, the changes in Kohli (Virat Kohli) and his team were shown year after year. Where he was seen many times having fun in the dressing room, sometimes while practicing on the field. Virat Kohli and AB de Villiers had a friendship while playing together in RCB, which has become very strong today. Moments of their friendship were also shown in the video. Kohli says in the video, ‘Once he comes into the Bangalore team, he never wants to leave again. De Villiers wants to stay here forever. Kohli wrote in the caption of the video, “Loyalty is above everything, can’t wait for the start of IPL.”

Kohli will never leave RCB’s side
During the lockdown, Kohli also said in a live session on Instagram with AB de Villiers that he would never leave RCB. The Indian captain had said, ‘The journey with RCB has been fantastic. It is our dream to win the IPL by staying in the team together. It can never happen that I may have to think about leaving the team. He said, ‘You can get emotional if the session is not going well, but as long as I am playing IPL, I will not leave RCB. Fans, their loyalty is amazing.

The IPL is scheduled to be played in the UAE between 19 September and 10 November this year. The tournament was postponed earlier, starting on March 29 due to Coronavirus. After this, as soon as the ICC postponed the T20 World Cup to be held in Australia, the BCCI released the schedule for the IPL event.

Foreign investors will also invest in LIC, the central government is preparing to approve...

24/08/2021/9:15:pm
New Delhi: The Central Government is engaged in the exercise of selling its stake in the Life Insurance Corporation of India. For this, the...

08/09/2020/8:53:pm
Mumbai: After three consecutive days of questioning by the NCB probing the drugs angle surfaced during the investigation in Sushant Singh Rajput, Sushant Singh...

Twitter has changed the way you retweet, find out what’s changed