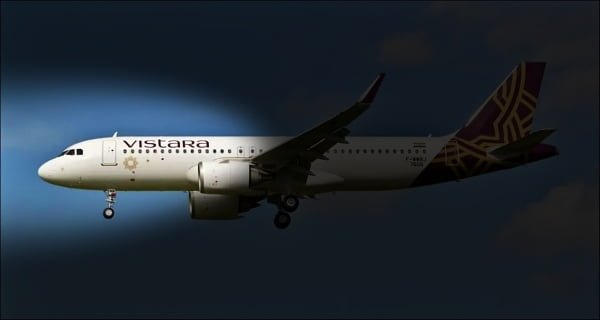 Kolkata: A major accident took place on Monday at the Kolkata airport, where eight passengers were injured, out of which three have suffered serious injuries due to the chaos in the plane during landing. Those who have been admitted to the hospital for treatment.

The investigation of the incident continues on a priority basis.
Explanation on the matter, the spokesperson said, “Flight UK775 operating Mumbai-Kolkata on June 7 ran into chaos 15 minutes before landing, causing injuries to some passengers who were given first aid during the flight and reached Kolkata.” But medical aid was given. We are investigating the incident on a priority basis.”

28/06/2020/10:20:pm
New Delhi: After BJP questioned the funding of Rajiv Gandhi Foundation, the Congress retaliated on Sunday alleging that Chinese companies were donating to the...

24/11/2020/7:41:pm
Washington: U.S. President Donald Trump has finally signaled his resignation from the presidency and the White House. Trump called on officials to begin preparations...

23/12/2020/10:32:am
Beijing: The Chinese Army entered the controversial South China Sea (SCS) challenging its (country's) claim to the US Navy's destroyer ship. Claimed to be...