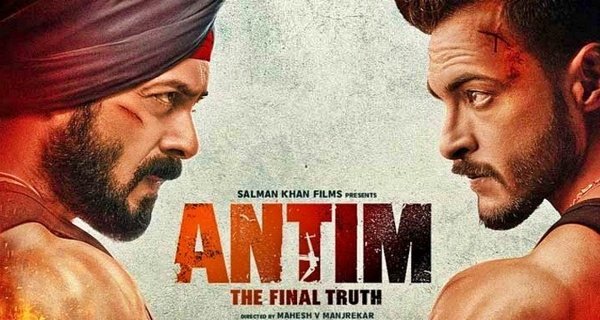 Mumbai: Bollywood actor Salman Khan is busy these days in the promotion of his upcoming film Antim: The Final Truth trailer. Recently the trailer of this film was released. The trailer of the film is being liked by the fans of Salman Khan. The film also stars Aayush Sharma in the lead along with Salman Khan. Mahesh Manjrekar is directing this film. Sai Manjrekar and Pragya Jaiswal are also in lead roles.

Aayush Sharma is seen in the role of a gangster in this film. There are tremendous action scenes in this film. In December last year, Salman Khan shared the teaser of this film from his Instagram page. Along with Salman, Ayush Sharma was also seen in this teaser. On one hand, where Salman Khan is in the getup of a Sardar, on the other hand, Ayush’s transformation was also amazing. Aayush has made a wonderful body for this film, seeing which you will find it difficult to believe. The movie is based on the Marathi film Mulshi Pattern released in 2018.

On the work front, Salman also has Emraan Hashmi and Katrina Kaif starrer Tiger 3. He also has big films like Kick 2 and Kabhi Eid, Kabhi Diwali.

Why not a black woman? Joe Biden hopes for the post of Vice President

20/06/2020/12:18:pm
Washington: Demand from Joe Biden to nominate a black woman for the post of Vice President is growing in the wake of demonstrations against...

10/06/2020/9:46:pm
Ahmedabad: In Gujarat, pre-monsoon showers continued to lash several parts of Saurashtra and Southern parts of the state. Heavy downpour was witnessed in parts...

New ‘explosion’ on Rafale deal, claims in report – middleman got commission of Rs...

08/11/2021/8:46:pm
New Delhi: According to news of the afternoon, once again the genie of corruption has come out in the Rafale fighter jet deal between...

6 killed due to lightning in Odisha, more than 53,000 people were evacuated to...