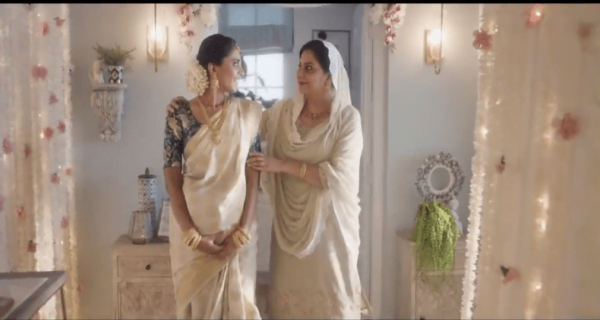 New Delhi: Famous jewelry brand Tanishq has dropped one of its advertisements after being accused of promoting Love Jihad. Meanwhile, the entire matter has now come to the forefront of the TATA Group’s famous jewelry brand Tanishq. The company spokesperson has clarified the concept of ‘Ekatvam’. The company says that the purpose of this ed film was not to hurt anyone’s feelings, that is why it has now been withdrawn. Explain that there was a demand for trolling and boycott on social media regarding an advertisement of the company, after which the company has withdrawn its ad.

The company issued a statement saying that the idea behind its integrated campaign was to inspire people, local communities and families from different regions to come together and celebrate during this challenging time, but these advertisements give the public a chance to prosper. Instead of giving away the original purpose deviated. The film, contrary to its objective, increased people’s resentment which led to severe reactions.

Tanishq presented clarification
The company said in a statement that ‘We are saddened by the hurt of public sentiments. We express deep sorrow for this mistake that happened unknowingly. And with respect to the sentiments of the people of the country, we are withdrawing this advertisement keeping in mind the well-being of our employees, partners and store employees. ‘

What did the ad show?
Tanishq’s advertisement featured the ceremonies of conceiving a Hindu woman. This girl is married in a Muslim family. In this, keeping in mind the Hindu culture, the Muslim family is shown performing all the rituals according to Hinduism. In the advertisement, a pregnant woman asks her mother-in-law, mother this ritual does not even happen in your house, to which her mother-in-law replies that the ritual of keeping the daughter happy is in every house. The company withdrew the ad following allegations of promoting the ad jihad and boycott of Tanishq on social media. A similar controversy arose during an advertisement of Surf Excel during Holi.

Government-issued a warning on Elon Musk’s Internet company Starlink, warned users but why?

27/11/2021/12:06:pm
New Delhi: The Department of Telecommunications has warned Indian citizens not to buy Elon Musk's Starlink Internet Services in India. Actually, the company has...

These films will be released on the OTT platform from July 24 to 31,...

If you do mobile recharge or bill payment with debit or...