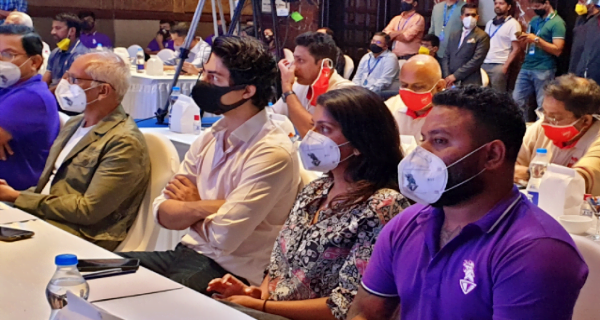 New Delhi: Aryan Khan, the co-owner of Kolkata Knight Riders (KKR) and son of Bollywood emperor Shah Rukh Khan, is also a part of the IPL Auction 2021. This is the first time when King Khan’s son joined the auction. A picture related to this was also shared from the IPL’s Twitter handle. In which Aryan was seen sitting at the table of KKR in the briefing before the auction with Juhi Chawla’s daughter Janhvi. Both were accompanied by KKR CEO Venky Mysore, Jai Mehta and the team’s assistant coach Abhishek Nair.

Shah Rukh Khan’s elder son Aryan has been following the KKR team from the very beginning. They have been watching KKR matches since the first season. He was also seen in the stadium watching the team’s match with his father in the UAE last season. Even before this, he has often been seen in the stadium during KKR matches. If the images shared with the official Twitter handle of the IPL are to be believed, this will be the first time that Aryan will sit on the auction table and choose the player for KKR.

IPL 2021: 8 players from Chennai have over 200 match experience, 6 country players
Juhi’s daughter Janhvi has also been a part of the auction before
On the other hand, Juhi Chawla’s daughter Janhvi is not new to the IPL auction. She has appeared on the team’s table during the auction on several occasions. KKR also shared the picture of Janhvi with his Twitter handle before the auction and declared him the youngest bidder of the IPL. KKR tweeted, “The youngest seeder in IPL history is back. Our Janhavi will look at the team’s social media platform today and give information about what is happening behind the scenes in the auction to be held in Chennai.”

After the picture of both the star kiddos surfaced, it started to go viral on Twitter. A fan wrote that amazing! Aryan Khan is also present in the auction. I don’t think he has ever participated in the auction before. Another user wrote that Aryan’s debut in the IPL auction. Explain that KKR has 10.74 crore rupees to buy players in the auction. The team has 8 slots left. 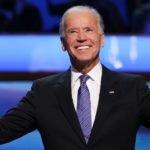 If elected president, I will stand with India in dealing with threats: Biden

16/08/2020/8:17:pm
Washington: In the US, Democratic presidential candidate Joe Biden has said that if he wins the election, his administration will stand by him in...

How Uighur Muslims are tortured in China, after watching Taliban will forget punishment

17/10/2021/8:30:pm
Beijing: China commits cruel atrocities on Uighur Muslims like the Taliban. Uighurs are subjected to various types of inhuman torture in the detention centers...