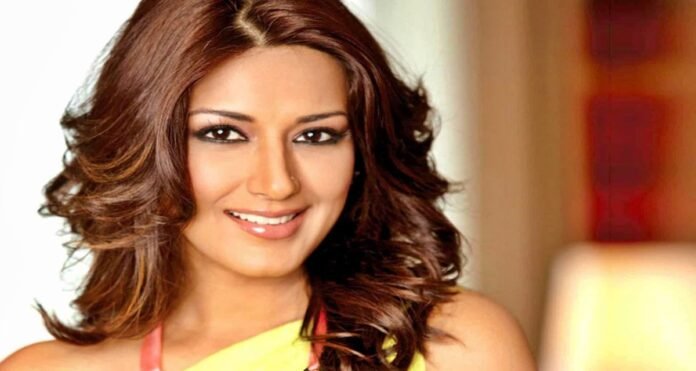 Mumbai: Actress Sonali Bendre is now going to make her OTT debut with ‘The Broken News’ series. ‘The Broken News’ is the Hindi remake of the 2018 British web series ‘Press’. This series will be released on OTT platform Zee5. Apart from Sonali Bendre, actors Jaideep Ahlawat and Shriya Pilgaonkar will also be seen in their leadership roles in this series. Directed by Vinay Vaikul, the series will be produced by Zee5 and BBC Studios India.

Sonali Bendre has shared the short video of this series on her Instagram, in which Sonali Bendre is talking about showing the true news. She wrote in her caption, ‘I am still in the process that this is actually happening!! Finally… the ‘news’ is out! It feels great to be back on the sets, back in the creative process, interacting with my co-actors and the director… bringing the character to life. I am very happy to make OTT debut with ZEE5, we have done a lot together and it feels like a family.

I loved the concept of this series from the beginning and I am very proud of it, can’t wait for you all to see it. ‘The Broken News’ is coming soon on Zee5. His fans are congratulating him on this debut. Actor Abhishek Bachchan has also congratulated him. Patralekha and Neelam Kothari have also congratulated him. So far more than 39 thousand people have liked this post of his.

Significantly, Sonali Bendre has played her character in many Hindi films till now. The actress was last seen as Mumtaz Khan in the 2013 film Once Upon a Time in Mumbai Dobara.

02/07/2020/5:29:pm
Bhopal: Governor Mrs. Anandi Ben Patel administered the oath of office and secrecy to the ministers. The cabinet expansion oath-taking program was held at...