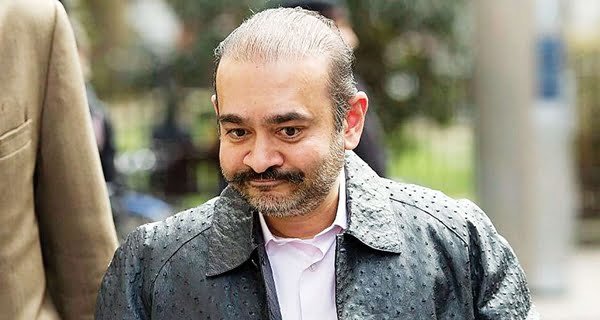 New Delhi: The Enforcement Directorate (ED) on Thursday said that the sister of fugitive businessman Nirav Modi had sent more than Rs 17 crore to the Indian government from a UK bank account. He was allowed to be exempted from criminal proceedings in return for helping in the loan fraud case from Punjab National Bank (PNB).

The ED said in a statement, “On June 24, East Modi informed the Enforcement Directorate that she found a bank account in her name in London UK which was opened at the behest of her brother Nirav Modi and this money, she was not aware of. “

The statement said, “Since East Modi was allowed amnesty on the condition of complete and correct disclosure, he remitted USD 23,16,889.03 from the UK bank account to the bank account of the Enforcement Directorate, Government of India. Has given.

According to the statement, with the help of East Modi, the Enforcement Directorate has been able to recover about Rs 17.25 crore (US 23 23,16,889.03). Nirav Modi is currently in British custody and his plea for extradition to India has been rejected. Nirav is wanted in a अरब 2 billion loan fraud case from the Brady branch of Punjab National Bank in Mumbai.

I’ll ‘Fight Like Hell’ to Hold on to Presidency: Donald Trump

05/01/2021/3:08:pm
Washington: With mounting desperation, Donald Trump has declared he would "fight like hell" to hold on to the presidency and appealed to Republican lawmakers...

You will also have chip passport, know what is E-Passport

05/02/2022/9:58:am
The big news about chip-based e-passports is that within the next 6 months, people will start getting e-passports. The government is working fast on...

03/09/2021/3:04:pm
New Delhi: Sri Lanka is currently facing an economic crisis. Sri Lanka has declared a state of emergency over the food crisis, as private...

Safty of Cricketers during IPL?