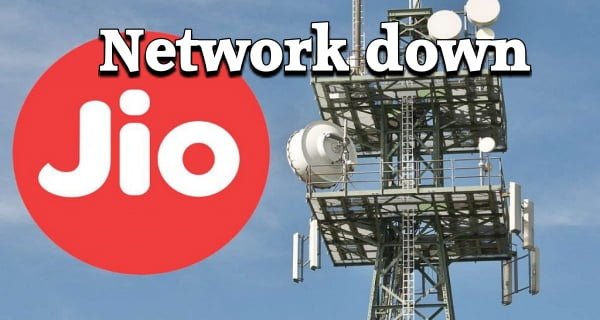 Jio’s network has also come to a standstill in Chhattisgarh. Due to the sudden shutdown of Jio’s network, all the Jio users are upset.

Most of the users of Madhya Pradesh complained
According to the information, at present, the complaints of most of the users are coming from Indore, Bhopal, and Gwalior of Madhya Pradesh. Everyone says that the network has been disrupted since Tuesday night. Users are neither able to make phone calls nor are they able to access the internet. It is also discussed on social media.

Problems faced by users due to problems in aggregator servers
According to Jio sources, there were problems in mobile network and internet services due to a problem in the aggregator server. As of 2.30 pm, the company has fixed this problem up to 90 percent. Services have resumed in many circles.

Jio has 4432 million subscribers till July
According to TRAI data, Jio gained 65.1 lakh, new wireless subscribers, in July. With the addition of 65.1 lakh new users, the total number of users of the company has increased to about 4432 million. If we talk about Voda, BSNL, and Airtel, then these companies had to suffer huge losses in terms of subscriber base in July.

16/08/2021/9:07:pm
New Delhi: Taliban rule has once again come to Afghanistan. After the capture of the Taliban, there is an atmosphere of panic and fear...

23/09/2020/12:55:am
Gurgaon, Haryana, India:  An exasperated Pawan Kumar fell in a wooden cot in the courtyard immediately after returning from another strenuous trip to Delhi and...

Amitabh Bachchan’s computer stuck for the first time in the history of ‘Kaun Banega...