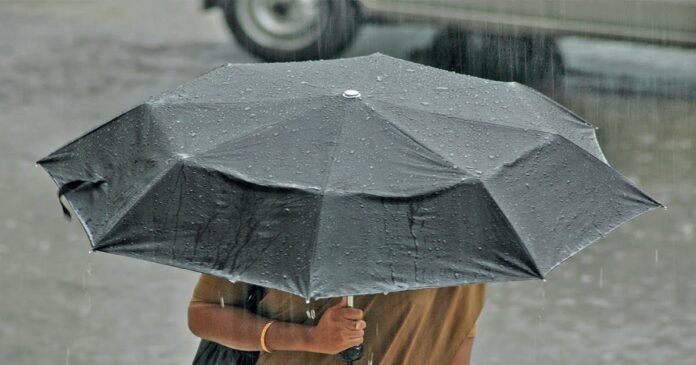 After Saturday afternoon, the clouds of Delhi-NCR and surrounding areas gave Delhiites a little relief after light rain. Moderate winds also fascinated the minds of the people and this relief is still going on. Now rains are expected in some states of the country, due to which people will get relief from the humid heat.

While there is scorching heat in some states of the country, monsoon and pre-monsoon rains have knocked in some states. Meanwhile, the Indian Meteorological Department has issued a red alert expressing the possibility of heavy rain in three states. According to the Meteorological Department, there is a possibility of heavy rains in Telangana, Karnataka, Goa and Konkan region today.

Meanwhile, Delhi, Jammu and Kashmir, Punjab, Haryana, as well as some parts of Uttarakhand are expected to receive strong rains with thunderstorms and strong lightning. Whereas in Rajasthan and adjoining areas, there will be heat outbreak till June 16.

During this time, farmers have breathed a sigh of relief from the possibility of the monsoon coming on time in Maharashtra. Farmers have expressed hope that the rains will bring great relief to the kharif crop.

The Meteorological Department has also predicted thunderstorms in central Maharashtra, Marathwada and Vidbhaj districts of Maharashtra in the next three days. According to the weather agency Skymet, the effect of monsoon can be seen in West Bengal, Bihar and Jharkhand from 14 June. Monsoon can reach these states this week too.

The change in weather also affected many parts of Uttar Pradesh. On Saturday, some districts of the state have received heavy rains, while today Amroha, Moradabad, Bijnor, Najibabad and surrounding areas are expected to rain with strong winds.

16/10/2021/7:38:pm
New Delhi: Where on the one hand the people of the country are suffering from inflation. At the same time, the process of increasing...

Threat of storm ‘Asani’, Yellow alert in 18 districts of Odisha,...