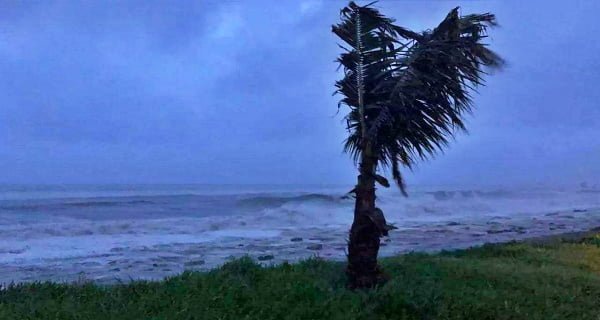 Mumbai: The Indian Meteorological Department (IMD) issued a warning on Thursday, saying that the low-pressure area over the Arabian Sea could turn into a cyclonic storm till May 16, causing some places in Goa and South Konkan Area. But heavy rain is expected. IMD said, “A low-pressure area has formed in the Southeast Arabian Sea and Lakshadweep area today.” The department said in a warning report that it will change to a deep pressure area in the same area by Saturday morning and after that, in 24 hours The cyclone will take the form of a storm.

The department said that it is likely to move towards north-northwest Gujarat and the Pakistani coasts. IMD said that it can reach near the Gujarat coast by the evening of 18 May. He told that due to this there will be light to moderate rain in many places in South Konkan and Goa region on Saturday and heavy to very heavy rain in some places on Sunday and Monday. According to the department, 64.5 millimeters to 115.5 mm in 24 hours. The rain is considered to be heavy rain. Sindhudurg and Ratnagiri districts fall in the South Konkan region of Maharashtra.

The bridegroom reached the procession through Google map, then something like this happened… Learn...

02/09/2020/8:11:pm
New Delhi: The Central Government (Government of India) has banned 118 mobile applications, including PUBG. Even before this, the Ministry of IT and Electronics...

18/08/2020/12:26:am
New Delhi: In the midst of Coronavirus in India, most of the people are avoiding getting out of home unnecessarily. Most families in the...