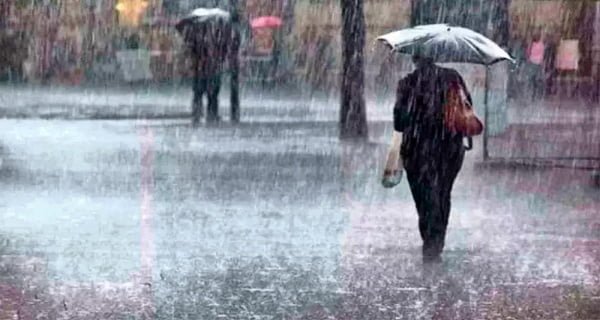 According to the Indian Meteorological Department (IMD), the southwest monsoon is likely to hit the Kerala coast on 31 May. If this happens, the monsoon will reach the southern state prematurely. On Thursday, the monsoon advanced into some more parts of the Maldives-Comorin regions and covered most of the southeast and east-central regions of the Bay of Bengal.

As conditions are favorable for the monsoon, many areas of Kerala have been receiving light to moderate-intensity rains since the beginning of this week. Ernakulam, Alappuzha, Kottayam, Idukki, Pathanamthitta, and districts received 24-hour rainfall. At the same time in Thiruvananthapuram, it was between 19 mm and 115 mm.

Significantly, in the Indian monsoon region, the onset of monsoon rains always starts from the South Andaman Sea. The monsoon winds coming only after the rains here then move in the north-west direction towards the Bay of Bengal. According to the Meteorological Department, this time according to its new normal monsoon dates, the south-west monsoon is around May 22. Giving tenor in the Andaman Sea. With this, the Department of Moms has predicted a normal monsoon this year.

Heavy rain in Andaman and Nicobar Islands till May 30:
With this, heavy rains are likely to occur in Andaman and parts of the Nicobar Islands by May 30. IMD gave information in this regard on Thursday. The Meteorological Department has also advised fishermen not to go to sea until further notice. There is now a possibility of heavy rainfall of seven to 11 centimeters at one or two places on Thursday, Friday, Saturday and Sunday. According to the estimates of meteorologists, along with thunderstorms and lightning, strong winds can run at a speed of 40 to 50 kmph in the archipelago during this period.

Water filled in houses due to cyclone:
Meanwhile, as heavy rains continued in many parts of West Bengal last Thursday, hundreds of people have now complained that they have to sleep hungry because their houses have been full of water since the cyclone. On Wednesday, the cyclone ‘Yas’ reached the coast near Dhamra in Odisha. After this, it caused massive destruction in Odisha and Bengal and then proceeded towards Jharkhand. Officials said that the administration is doing its best to reach the needy, but due to adverse weather, relief is still being hampered in some areas.

The INS Kavaratti will be inducted into the Navy fleet today

13/12/2020/6:08:pm
New Delhi: BJP president JP Nadda has been found to be Corona positive today. He gave information about this himself. He tweeted that after...

10/11/2020/11:57:pm
New Delhi: After the superb bowling of the bowlers, on the strength of Rohit Sharma's captaincy innings, Mumbai Indians beat Delhi Capitals by 5...