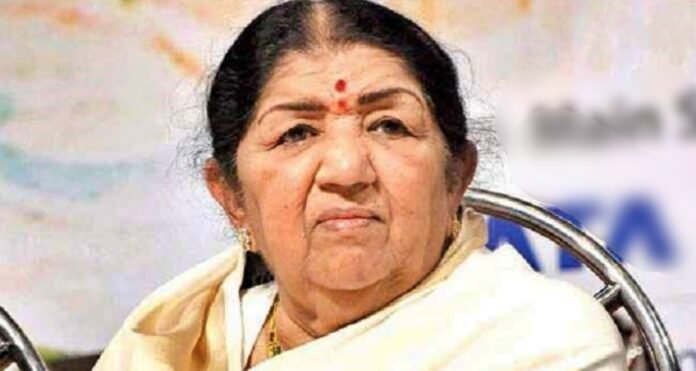 Mumbai: Veteran Indian singer Lata Mangeshkar has also been infected with Coronavirus. She has been admitted to Breach Candy Hospital in Mumbai on Tuesday. It is reported that at present, the singer is showing mild symptoms of the disease. Family members have informed that Mangeshkar’s condition is fine and she has been admitted to the ICU due to her old age.

In a conversation with news agency ANI, the singer’s relative Rachna has appealed to pray for Didi. She said, ‘She is fine, and keeping in mind her age, she has been kept in ICU only due to precautions. Please take care of our privacy and keep Didi in your prayers. A team of 7 doctors is engaged in the treatment of Swarkokila Mangeshkar at the hospital.

Doctor Pratit Samdani, who was treating the singer, told that she has got pneumonia. He further informed that the singer has been admitted to the ICU of the hospital. At present, doctors are keeping a watch. Doctor Samdani says that his condition is stable.

Earlier Mangeshkar was admitted to the hospital in November 2019. During that time he complained of breathlessness. The singer’s younger sister Usha had information that Mangeshkar had a viral infection. Swarkokila celebrated her 92nd birthday in September last year. The special thing is that even at this age, the singer remains very active on social media and keeps in touch with her fans.