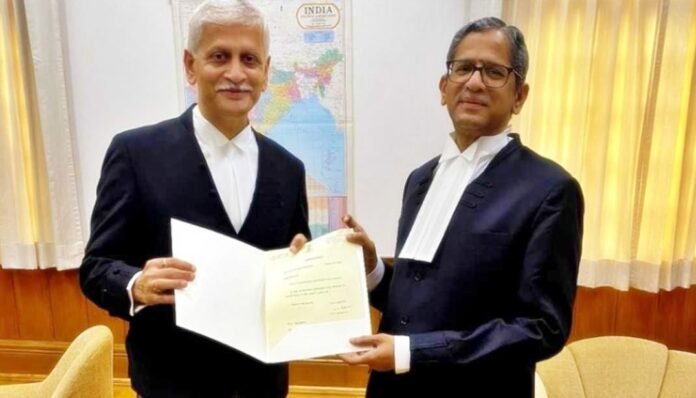 New Delhi: Justice U U Lalit will be the next Chief Justice of the country. The current CJI Justice Ramana has sent a recommendation for the name of Justice Lalit to the central government. As per convention, the retiring CJI recommends the name of the new CJI. CJI Ramana is retiring on 26 August. Let us tell you that Justice UU Lalit has been a part of many historic decisions including outlawing the practice of ‘triple talaq’ among Muslims. He will be the second Chief Justice to be elevated directly from the Bar to a bench of the apex court. Before him, Justice S. M. Sikri was the first lawyer to be promoted directly to the bench of the apex court in March 1964. He became the 13th CJI in January 1971.

Justice Lalit, the current Chief Justice N. On August 27, a day after V. Raman retires, he is in line to become the 49th CJI of India. Justice Lalit was appointed as a judge of the Supreme Court on 13 August 2014. He was a well-known lawyer then. Justice Lalit has since been a part of several landmark judgments of the apex court. A five-judge constitution bench in August 2017 declared ‘triple talaq’ unconstitutional by a 3-2 majority. Justice Lalit was also among those three judges.

A bench headed by Justice UU Lalit had set aside the controversial judgment of the Bombay High Court on “skin-to-skin contact” in a case under the Protection of Children from Sexual Offenses (POCSO) Act. The top court had said that the most important component of sexual assault is sexual intent, not skin-to-skin contact with children. In another important decision, a bench headed by Justice Lalit had held that the erstwhile royal family of Travancore has the right to manage the historic Sree Padmanabhaswamy temple in Kerala.

Born on November 9, 1957, Justice Lalit registered as an advocate in June 1983 and practiced in the Bombay High Court till December 1985. He moved to Delhi in January 1986 and started practicing law and in April 2004 he was designated as a senior advocate by the apex court. He was appointed as the Special Public Prosecutor of the Central Bureau of Investigation (CBI) to hear the 2G spectrum allocation case. Justice Lalit will retire on November 8, 2022.

Another Indian student shot in Kyiv had to return for treatment

29/04/2022/9:18:pm
Mumbai: Minister of State for Railways Raosaheb Danve has given good news to Mumbaikars who travel cool-cool in the AC Local Train of Mumbai...

Kia picked up the curtain from her electric car EV6, Company...