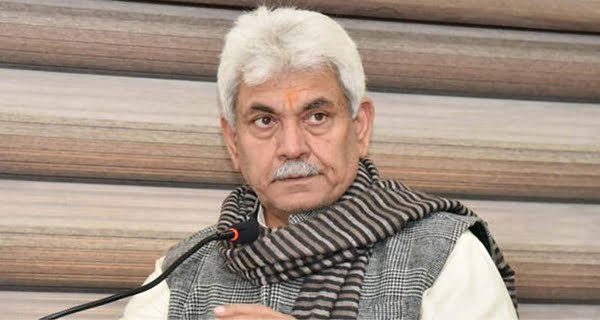 New Delhi: Former Union Minister and senior BJP leader from Uttar Pradesh Manoj Sinha was appointed as the new Lieutenant Governor of Jammu and Kashmir on Thursday. Rashtrapati Bhavan spokesman gave this information. A release issued by the President’s Secretariat said that the resignation of Jammu and Kashmir Lieutenant Governor Girish Chandra Murmu has been accepted.

In the release, the press secretary of the President Ajay Kumar said that the President has appointed Manoj Sinha as the Lieutenant Governor of Jammu and Kashmir. Sinha was born on 1 July 1959 in Mohanpur in Ghazipur district in eastern Uttar Pradesh. He has been actively working for the development of backward villages in eastern Uttar Pradesh. His political career began in 1982, with Kashi becoming the president of the Students’ Union of Hindu University.

He was elected to the Lok Sabha for the first time in 1996 and won again in 1999. Sinha was a member of the BJP’s National Council from 1989 to 1996. He was elected to the lower house for the third time when the BJP came to power in the 2014 Lok Sabha elections. He has been the Minister of State for Railways and later was also given independent charge of the Ministry of Communications.

Let me tell you that yesterday evening, suddenly Murmu sent his resignation letter to the Center. Today he will leave for Delhi. Be aware that Murmu is the first Lieutenant-Governor after Jammu and Kashmir became a Union Territory. Murmu, a 1985 batch IAS officer, took charge as the first LG of Jammu and Kashmir on October 31, 2019. He is considered very close to Prime Minister Modi and Amit Shah. When Prime Minister Modi was the Chief Minister of Gujarat, Murmu served as his Chief Secretary.

22/09/2020
Lausanne, Switzerland:  Philip Morris International Inc. (PMI) (NYSE: PM) today announced its participation in a series of events over the course of the United Nations...

14/10/2020
Kolkata: The West Bengal Government has taken decision on cultural events during Durga Puja. On Tuesday, the state government announced that cultural programs will...

01/01/2021
Bangkok: In Bangkok, the capital of Thailand, many places including schools and parks have been closed due to the rapid increase in cases of...