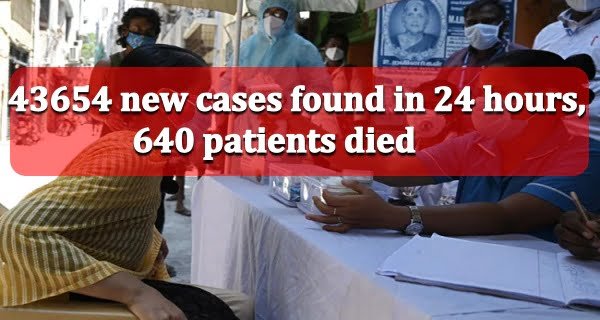 New Delhi: The number of corona-infected patients in the country is increasing day by day. Some day the falling graph of Corona gives relief, then on the very next day, the increased figure starts to scare. Amidst the warnings of the third wave of Corona, the increasing cases of Coronavirus are raising concerns. According to the Health Ministry, 43 thousand 654 new cases of corona infection have been reported in the country in the last 24 hours, while 640 patients lost their lives during this period. After the arrival of new cases of the corona, now the total number of infected patients in the country has now increased to 3 crores 14 lakh 84 thousand 605.

11/09/2020/8:14:pm
New Delhi: The Election Commission of India on Friday has issued revised guidelines to make public the cases of candidates with a criminal image....

This year Ayodhya Diwali will be special, Shri Ram Katha will be seen...