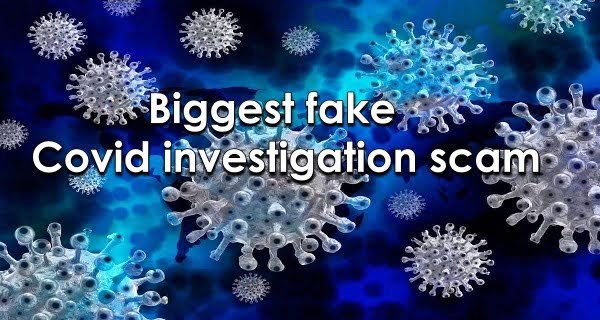 New Delhi: In April, Kumbh Mela was organized in Haridwar, Uttarakhand. This fair program, which started on a large scale in the midst of the Coronavirus epidemic, was surrounded by controversy. Big institutions like the High Court were also playing an active role in this. During this, a big Covid Testing Scam was exposed. This disclosure started through Vipan Mittal, a LIC agent living in Faridkot, Punjab.

According to the report of Times of India, Mittal received a message on 22 April, saying that his Covid test report has come negative. The special thing is that he did not even get the test done. Amidst the suspicion that his personal data was in danger, he started the investigation. Starting from the district level and reaching RTI, a big breakup came to light, which is being called ‘the biggest fake Covid investigation scam of the country’.

In a conversation with the newspaper on Tuesday, Mittal said, ‘My Covid-19 report was saying that I was negative, but I did not get the investigation done. I met officials at the district level, but I was asked to leave. Health department officials were also not interested to know what was going on. As a last resort, I sent a complaint to the Indian Council of Medical Research through e-mail.

ICMR talked about the investigation, but after not getting a reply for a week, they filed RTI to get the information about the lab. The ICMR took cognizance of the matter and found that Mittal’s sample was ‘taken and tested in Haridwar’. From there, Mittal’s complaint was sent to the Uttarakhand Health Department. After a major investigation, it came to light that Mittal was among the one lakh people whose fake reports were prepared by the agency of Haryana.

Investigation revealed that the given names and addresses are fake. Many people gave information about the same phone number and antigen test kit. Whereas, the kit can be used only once. The names of many such students of Rajasthan were among those who gave samples, who never went to Kumbh. According to the report, the state had conducted a total of four lakh tests with the help of eight sample collecting agencies during the Mela period. At present, other agencies are under investigation.

Health Ministry’s Joint Secretary Luv Aggarwal said, ‘The total number of fake tests will be known after investigation.’ Agarwal informed that he has spoken to the Health Secretary of the state and the investigation report in this regard will come out in a week or two. “Those involved in the case will be held responsible and criminal action will be taken where necessary,” he said.

Doubt due to positivity rate
The report quoted Anoop Nautiyal, a member of the Social Development for Communities Foundation, which is monitoring the Covid-19 situation in Uttarakhand, as saying, ‘The unusually low positivity rate in Haridwar district was under suspicion during the Kumbh Mela. But the officers had closed their eyes. In April, Haridwar’s positivity rate averaged 2.8 percent. Whereas, in the other 12 districts, this figure was on an average of 14.2 percent.

04/08/2020/10:03:pm
New Delhi: Lal Krishna Advani, the most vocal voice of the Ram Janmbhoomi Movement, did not join the program of laying the foundation stone...

28/07/2021/9:57:am
New Delhi: Indian archer Tarundeep Rai has reached the pre-quarterfinals of the men's singles on July 28 at the Tokyo Olympics. He defeated Ukraine's...

Different symptoms are visible in Delta variants of Corona, now even minor colds and...

23/08/2020/9:22:am
Minsk: Authorities have blocked several new media websites in Belarus for writing news on the two-week-long protests against dictator President Alexander Lukashenko. The Belarusian...