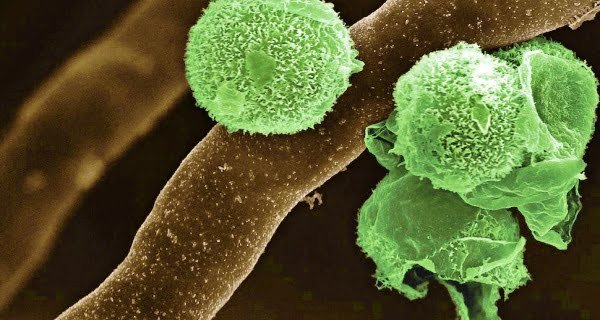 New Delhi: The first case of green fungus infection which is related to Covid-19 has been reported in Madhya Pradesh. Here its symptoms have been seen in a patient recovering from the infection. This report has come when there is already a fear of black fungus i.e. mucormycosis among the patients of Covid-19. Let us understand why green fungus happens and how this disease can be avoided.

What is green fungus?
This is a type of infection which is caused by Aspergillus, a common type of fungus, this fungus is found both inside and outside the houses. The disease caused by this is called aspergillosis. According to the US disease watchdog Center for Disease Control and Prevention (CDC), most people inhale Aspergillus spores on a daily basis and do not get sick. A spore is a type of unicellular reproductive cell that can be produced by bacteria, fungi, algae and plants.

In people who have been found to have Kovid or those who have been cured, Aspergillus can become a matter of concern because their lungs are already weakened due to the disease. According to the CDC, people with weakened immune systems and lung disease are at higher risk of disease caused by Aspergillus. Due to which they can have allergic reaction, infection in lungs, and infection in other organs.
Green fungus can attack in many forms, including inflammation of the lungs, allergy symptoms such as mucus production, difficulty in breathing, and when it grows there can be sinus inflammation, sinus infection symptoms such as suffocation, headache could.

Can it cause serious illness?
Although some allergic green fungi may not pose a risk of infection, the CDC says, they can cause chronic pulmonary aspergillosis in some cases, which causes perforation of the lungs and takes 3 months or more to heal. Goes.

Similarly, lethal aspergillosis can also be a cause of serious infection, which can cause problems for people whose immune system is weak, people who have had organ or stem cell transplant. Aspergillosis usually affects the lungs but it can also spread to other organs.

Apart from this, there is also skin-associated aspergillosis which occurs in people with weakened immune systems, when green fungus enters the body through their cracked skin. Some such cases have been seen when the green fungus has reached from the skin to other parts of the body such as the lungs.

What are the symptoms?
In different types of infections, different symptoms emerge from the green fungus. For example, when green fungus increases allergies in the lungs, it causes symptoms similar to those in asthma i.e. shortness of breath, suffocation, inability to breathe properly, mucus discharge, in some cases fever also comes. . When there is an allergy in the sinuses, symptoms like stuffiness, runny nose, headache and symptoms like Covid-19 i.e. loss of smell emerge. Chronic pulmonary aspergillosis which affects the lungs can cause weight loss, mucus discharge, blood in the mucus, tiredness, and shortness of breath.

According to the CDC, aspergillosis usually strikes those who are already battling a disease. Other symptoms emerge when the infection spreads from the lungs to other parts of the body.

Who is at risk?
As we mentioned earlier, the green fungus is commonly found in the environment and can occur in damaged leaves, compost, plants, trees, crops. According to the US’s Mayo Clinic, there is no danger from everyday Aspergillus, especially those who have a strong immune system. When its spores enter through the breath, our immune system surrounds it and kills it.

But the different types of infection associated with the green fungus can be seen more commonly in people who have cystic fibrosis or asthma or lung disease such as TB.

Chronic pulmonary aspergillosis as it is named affects people who have lung disease, such as tuberculosis, chronic obstructive pulmonary disease (COPD), people who have had an organ transplant or are undergoing chemotherapy due to cancer. Those who are on corticosteroids (such as given to Covid patients). They are more prone to this disease. However, aspergillosis does not spread between people or from people to animals.

How to identify it?
The doctor may talk about X-rays and CT scans to find out about green fungus in the lungs or other parts of the body. Fluid can be taken from the respiratory tract of people who suspect green fungus infection. Tissue biopsy, in some cases, may also be done. For those whose immune system is weak, their blood sample is also taken.

08/08/2020/11:46:pm
Mathura: The festival of Krishna Janmashtami will be celebrated all over the country including Braj on 12 August, while it will be held a...

18/10/2020/11:34:am
Mumbai: Industrialist Anand Mahindra, who is active on social media, does not turn away from helping people or praising anyone. He is often seen...

30/10/2020/5:14:pm
Mumbai:  In an effort to support child survivors of sex trafficking to voice their demand for justice, celebrities and influential voices worldwide have joined hands...