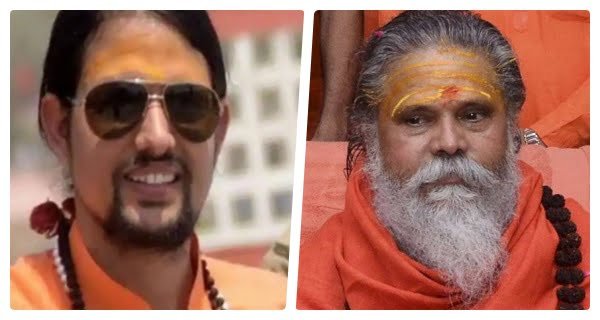 At the same time, all the accused were taken to the district hospital and got medical done before presenting them in the court. After that, all were produced in court.

Land tomb given to Narendra Giri
The mortal remains of Mahant Narendra Giri were given a mausoleum at Baghambari Gaddi as per his wish. During this, the Mahants of all the 13 Akharas associated with the Akhil Bharatiya Akhara Parishad and Mahamandaleshwar are present in the Math. Apart from former MP Ram Vilas Vedanti, hundreds of saintly Mahatmas including Hari Giri, Ravindrapuri Maharaj and Mouni Swami were present here. At the same time, many leaders of the government, including the Deputy Chief Minister of Uttar Pradesh Keshav Prasad Maurya, MLAs, and MPs were also present there during this period. Balvir Giri, the successor of Mahant Narendra Giri, completed the entire process of Samadhi with his own hands.

Death by suffocation
The body of Mahant Narendra Giri was brought to Swaroop Rani Nehru Medical College before giving the samadhi. where his post-mortem was conducted. At the same time, the preliminary post-mortem investigation has revealed that he died of suffocation.

It is to be known that on Monday, Mahant Narendra Giri committed suicide by hanging himself in the ashram in Prayagraj. Mahant had blamed his death for his disciple Anand Giri and Bade Hanuman Ji’s priest Agya Tiwari and his son Sandeep Tiwari, accusing him of constantly defaming him.

Nearby stores and restaurants will be available on WhatsApp, know the new feature

26/12/2021/9:05:pm
Instant messaging app WhatsApp is constantly updating itself. In the new year, you will get your favorite social media platform with new features. Now...

Bigger disclosure on 9th pass terrorist Abu Yusuf, this was big planning at the...

23/08/2020/8:11:pm
Lucknow / Balrampur: After the arrest of Suspected Terrorist Abu Yusuf alias Mustakim, a suspected ISIS terrorist arrested from Dhaulakuan in Delhi has been...

Big disclosure in CAG report, 44 departments of Bihar government could not spend 46.4...

25/03/2021/9:46:am
Patna: The Controller and Auditor General (CAG) of the country has presented its report in Bihar Assembly today. According to this report, the amount...

16/09/2020/11:51:pm
Hong Kong:  KHOS™, the newest concept from international hospitality leader Rosewood Hotel Group, is pleased to announce the latest details of the brand’s evolution since...