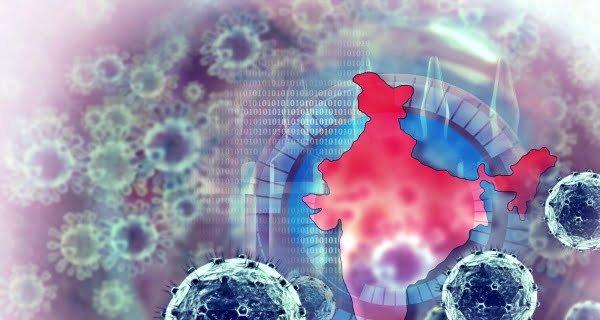 New Delhi: The number of patients being treated for Covid-19 infection in India is 1.68 lakh and 84.16 percent of the patients are from five states while six states and union territories have a weekly infection rate higher than the national average of 2 percent. The Union Health Ministry on Tuesday said that 67.84 percent of the total patients admitted are from Maharashtra and Kerala.

The ministry reported that the weekly infection rate in Maharashtra, Kerala, Goa, Chandigarh, Punjab and Gujarat is higher than the national average of two percent. Maharashtra has the highest 10.02 percent infection rate. In the last 24 hours, the number of patients admitted increased by 12,286, after which the number of patients being treated for corona virus infection in India has increased to 1,68,358. This is 1.51 percent of the total cases.

The ministry said that 80.33 percent of the new cases are from five states. Maharashtra had the highest number of 6397 new cases. After this, in 1938 in Kerala, 633 new patients were confirmed in Punjab. The ministry said, “They have been advised to maintain vigilance vigorously to prevent the spread of Covid-19. Simultaneous effective testing, extensive detection of infections, and immediate separation of the infected and their close contacts are urgently needed. ”

She said that daily cases are increasing in eight states. Five states – Maharashtra, Kerala, Karnataka, Punjab, and Tamil Nadu – accounted for 84.16 percent of the total patients in the country. In Maharashtra alone, 46.82 percent of India’s patients are being treated for an infection. After this, 28.61 percent of the patients in Kerala are sick.

The ministry said that the infection-free rate in India is 97.07 percent, which is the highest in the world. 86.55 percent of patients recovering from an infection in the last 24 hours are from six states. In Maharashtra, the maximum number of infections in a single day was 5754, while in Kerala 3475 and in Tamil Nadu 482 people became infection-free. 91 patients have died in the last 24 hours. Of these, 85.71 percent died in six states. In Maharashtra, the maximum number of 30 infected died. This was followed by 18 deaths in Punjab and 13 in Kerala.

In the last 24 hours, no deaths have occurred due to infection in 19 states and union territories. These include West Bengal, Gujarat, Rajasthan, Andhra Pradesh, Odisha, Jharkhand, Uttarakhand, Bihar, Lakshadweep, Ladakh, Sikkim, Tripura, Manipur, Mizoram, Meghalaya, Nagaland, Andaman and Nicobar Islands, Dadra and Nagar Haveli and Daman and Diu and Arunachal Pradesh is included.

07/12/2020
The Chang’e-5 Mission of China has successfully collected Soli Samples from the Moon. Now this mission is on its way back to Earth, but...

28/11/2020
Xiaomi has finally launched its Redmi 9 series phones. The company has introduced two smartphones of this series Redmi Note 9 Pro 5G and...

Alogrithm will make social media safe for women, will identify vulgar comments like this

19/09/2020
Roorkee(UP): Algorithm has been developed by Richi Nayak, an alumnus of IIT Roorkee, to make the social media platform for women secure. This algorithm...