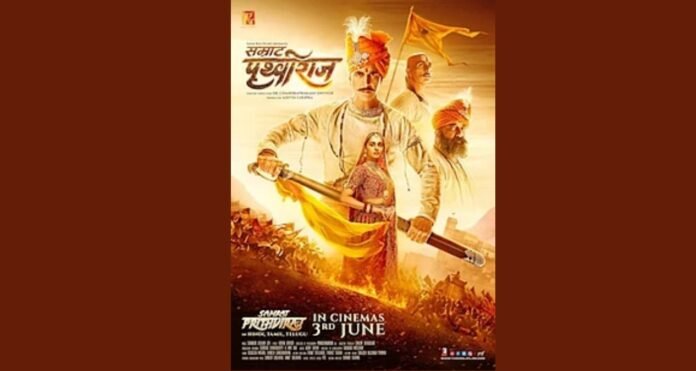 Now the name of this film has not been changed to ‘Prithviraj’, but ‘Emperor Prithviraj’. The makers have also released the poster of the new name of the film. Along with this, the filmmaker has also given information about advance ticket booking of this film. The poster of the new name of this film has been released on Yash Raj Films’ Instagram along with the caption, ‘Very courageous and born warrior – Samrat Prithviraj Chauhan. Book your tickets today to see this gorgeous story! Releasing in Hindi, Tamil, and Telugu. Watch Samrat Prithviraj Chauhan with Yash Raj Films only on 3rd June at your nearest theater!’

Advance tickets for this film can be booked from today i.e. from May 29. The film will be released in Hindi, Tamil, and Telugu languages ​​in all theaters on June 3. Directed by Chandraprakash Dwivedi, the film is produced under the banner of Yash Raj Films. The story of this film is based on the life of Emperor Prithviraj.

Two powerful phones will be launched today, will get 60X digital zoom camera

US, Australia and Japan will join for the first time in the exercise with...

11/07/2020/2:01:pm
Washington: Four major powers are ready to come together in Malabar for the first time to stop China in trouble in the Pacific as...

Now Zimbabwe series postponed by BCCI due to corona

Apart from watching movies, shows, now you can play Games on...