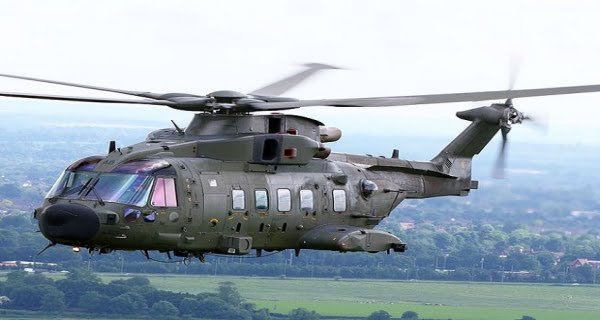 New Delhi: The CBI filed a supplementary charge sheet against the British citizen Christian Mitchell James and businessman Rajiv Saxena in the AgustaWestland chopper case. In its final report before Special Judge Arvind Kumar, the CBI has named both the alleged middlemen Mitchell and Saxena and 13 others as accused. The court may consider the case on 21 September.

According to sources, the investigation report filed on Friday gave details of the alleged role of Mitchell, Saxena and others in the bribery case for politicians, bureaucrats and Air Force officers in the scam. Sources said that the agency had earlier this year sought permission from the authorities concerned to prosecute former Defense Secretary Shashikant Sharma, but his name has not been included as an accused as he has not been allowed so far.

The agency told the court that it could file another supplementary charge sheet later in the case. Former Air Force Chief SP Tyagi and others were named in the first chargesheet filed in the case in September 2017. Mitchell was detained by the CBI on December 5 last year. He was brought from Dubai.

Mitchell was detained by the Enforcement Directorate (ED) on December 22 last year. He is currently in judicial custody in both cases. Saxena, a businessman based in Dubai, was brought to India on 31 January 2019 in connection with an alleged scam in connection with the purchase of 12 VVIP choppers from AgustaWestland.

Mitchell is currently in judicial custody while Saxena is out on bail in the money laundering case filed by the ED. The agencies had told the court that Mitchell had earned 2.42 million euros and £ 1,60,96,245 from the AgustaWestland deal. The deal was later canceled.

26/02/2022/8:38:pm
New Delhi: The bilateral series against the Sri Lankan team, which toured India, is going on after defeating the visiting West Indies in the...

KGF Chapter 2, did business of so many crores in 4 days

09/08/2020/6:32:pm
New Delhi: There is no fresh Covid-19 investigation of Union Home Minister Amit Shah. This information was given by an official on Sunday. This...

Change in the movement of seven planets in September, know the effect on your...

05/09/2020/11:07:pm
The month of September is very important from the perspective of astrology. The movement of many planets is about to change in the month...

10/04/2022/8:11:pm
Islamabad: Pakistan Tehreek-e-Insaf (PTI) President Imran Khan has called for defeating the motion of no confidence and being removed from the post of Prime...

RBI announced Loan Restructuring of up to Rs 50 Cr...

Will Smith On 10-Year Oscars Ban

‘Maharaja’ now handed over to Tata, N Chandrasekaran said – will...