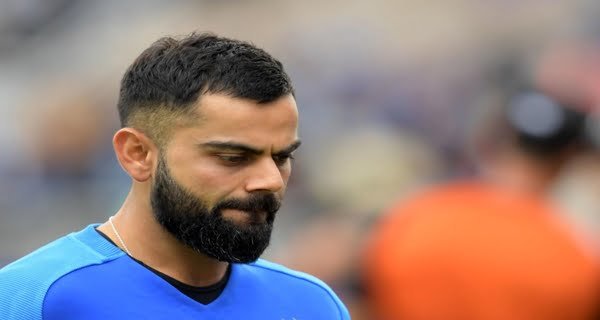 New Delhi: At this time, cricket is completely stalled due to Coronavirus. Indian cricketers are also waiting to return to the ground. Even the cricketers do not know how long they will be able to return to the ground, but sitting at home, Indian captain Virat Kohli is caught in a lot of trouble. Virat Kohli is being accused of conflict of interest. For this, Sanjeev Gupta has also sent a mail to the BCCI Lokpal.

According to the Times of India, Sanjeev Gupta, who matched the BCCI against Virat Kohli, spoke about the Indian captain’s business ventures and said that it was a violation of the recommendations of the Lodha Committee.

Kohli occupies two positions
According to Sanjeev Gupta, Kohli holds two posts at the same time, which is in violation of BCCI Rule 38 (4) approved by the Supreme Court and Kohli will have to relinquish one post. There are two players in his position and the other a contractual unit. Sanjeev Gupta requested the morale officer to order Kohli to relinquish one post. So that rule number 38 (4) of the BCCI constitution can be followed.

Ganguly also in controversy
BCCI President Sourav Ganguly has also been accused of conflict of interest. Actually, Ganguly has shared a picture on his Instagram, in his caption, he has described himself as the brand ambassador of JSW Cement. JSW Sports owns the IPL team Delhi Capitals. JSW Cement is also a part of the JSW Group. However, Ganguly, a former mentor of Delhi Capitals, does not think that there is an issue of conflict of interest in this.

25/12/2022/7:11:pm
New Delhi: Metro service came to a standstill in the national capital Delhi after a drone carrying medical supplies fell on the metro track....

14/02/2021/10:40:am
Dehradun: In the distressed Chamoli district of Uttrakhand, 3 bodies and 2 bodies were later recovered from Tapovan Tunnel in the early hours of...

31/03/2021/10:26:am
Washington: US President Joe Biden on Tuesday nominated two black women and the first Muslim judge to be appointed to federal judgeships. It includes...

Kohli will have to do this work to win in the next match, Brad...

Till when will Kohli be given a chance? number-3 spot becomes...

Changed name of film Prithviraj, tickets can be booked from today,...