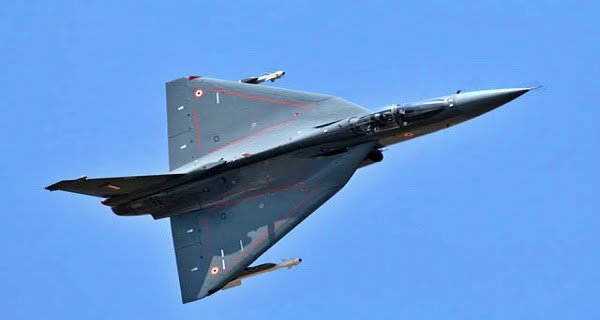 New Delhi: The Cabinet Committee on Security Affairs (CCS) on Wednesday cleared the way for the entry of 83 Tejas Light Combat Aircraft into the Air Force. A deal of 48 thousand crores has been done for these aircraft made by Hindustan Aeronautics Limited (HAL). This is India’s largest indigenous defense purchase to date.

PM Modi-led committee deals for final
In March 2020, the Defense Acquisition Council had approved the purchase of 83 Advanced Mark 1A version Tejas aircraft. Now the CCS headed by PM Modi has finalized this deal.

Defense Minister tweeted information
Defense Minister Rajnath Singh has tweeted – The CCS headed by PM Modi today has historically approved the biggest indigenous defense deal. This deal is worth 48 thousand crores. This will strengthen the strength of our Air Force fleet through the indigenous ‘LCA Tejas’. This deal will prove to be a game-changer for India’s defense manufacturing.

He wrote that the Tejas aircraft is going to prove to be the ‘backbone’ for the Indian Air Force in the coming years. HAL has started its second line manufacturing set up in Nashik and Bengaluru divisions. Significantly, this deal is different from the deal of 40 fighter aircraft made earlier. These aircraft will be included in the country’s Air Force in the next six-seven years.

27/01/2021
Washington: The Corona Pandemic has shaken the whole world. The figure of this deadly disease, which started a year ago, has crossed 10 crores...

Israel can become the first country in the world to get half its population...

18/01/2021
Jerusalem: After moving into vaccination to protect its people from the coronavirus epidemic, Israel has tied up with the drug manufacturer Pfizer under which...

16/07/2020
New Delhi: The biggest cyber attack on social media platform Twitter has happened so far. In this, Twitter accounts of many American celebrities have...