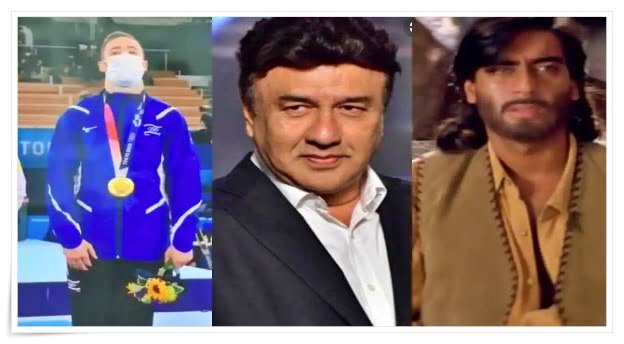 Mumbai: Singing Reality Show Indian Idol 12 is often in the headlines. Sometimes due to the contestants of the show, and sometimes due to the judges, it has become common for the show to remain in the discussion. These days the judge of Indian Idol is Anu Malik, who is the target of trolls. Anu Malik, Israel’s gymnast Dolgopayat is getting trolled after winning the gold medal in the gymnast. In fact, after the victory of Dolgopayat, the country’s national anthem was played, which became viral on social media.

In fact, after listening to Israel’s national anthem, people remembered ‘Mera Mulk Mera Desh’. Due to which the users started trolling Anu Malik and started asking whether he only got another country’s anthem song to copy. Users are constantly targeting Anu Malik by commenting on the video.

Commenting on social media, many users are making fun of Anu Malik and accusing him of stealing the national anthem of Israel. One user commented and wrote – ‘Diljale’s Mera Mulk Mera Desh Mera Yeh Chaman song in the national anthem of Israel at low speed. And since Anu Malik was the music director, I am now 100% sure that he has copied that music from here as well.’

Another user wrote- ‘When Israel copied its national anthem from the film Diljale from the national anthem of Urduwood’s Ustad Anwar (Anu) Malik. Diljale was the story of a dreaded terrorist of Kashmir. However, this is not the first time that Anu Malik has been a part of any controversy, even before that many allegations have been made against him. Anu Malik’s name was in the headlines even during the MeToo movement.

‘Black Boxes’ Mandatory for all Cars in Europe from 2022, Here’s What They...

Sikh officer in US Navy allowed wearing turban while on duty

4G internet services being restored in Jammu and Kashmir