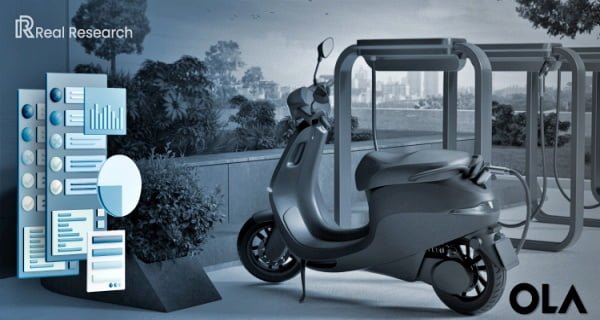 With nearly 500,000 people turning live for the launch event and an estimated $2.75 billion in valuation, the automobile industry is waiting to watch the performance of the Ola Electric Bike on the road. The last time India witnessed a similar event was when TATA unveiled NANO, the world’s cheapest car.

In a hunt to find out the expectations of an average Indian consumer about the all-new Ola Electric Bike, Real Research conducted a pre-release survey with around 30,000 participants, including males and females aged above 21. The results of the survey are as follows:

Are Electric Vehicles the Future of Transportation?

The historic decline in global oil demand during the pandemic has created a significant shift to electric vehicles in the developing world. While electric vehicles seem to penetrate all modes of road transport, two/three-wheelers are easy to electrify because of their short driving distance requirement.

According to IEA, the current sales of two/three-wheelers in Asia will increase from 25 million to 50 million in 2030, with 3.7 million sales in India alone.

Also, 70.08% of the respondents said they are well aware of the launch of the Ola e-scooter in the Asian and European markets, while 9.92% are not aware of Ola launching its first electric two-wheeler.

Technically, the Ola S1 and S1 Pro have displayed some of the best in class features with top speeds of 90 and 115 km/h and speed ranges of 121 and 181 km, respectively. It is powered by an 8.5kW hyperdrive motor that helps accelerate from 0 to 40 km/h in only 3 seconds.

You can view the complete list of features here.

With the reservation of the Ola Electric Scooter started on the 15th of July 2021, the total number of reservations hit 100,000 (100K) in only two days and racing up with a “Mission Electric” to have no more petrol two-wheelers to be sold after 2025.

And we could see the results reflect in our survey as well. Nearly 59.11% answered ‘Yes’ when asked if they are willing to buy the Ola Electric Scooter, while 21.15% said No. There were 19.74% of the respondents who were ready to buy the e-scooter if they get a subsidy. Good News is many State Governments are granting subsidies, with Gujarat and Delhi topping the charts.

And we could see the results reflect in our survey as well. Nearly 59.11% answered ‘Yes’ when asked if they are willing to buy the Ola Electric Scooter, while 21.15% said No. There were 19.74% of the respondents who were ready to buy the e-scooter if they get a subsidy. Good News is many State Governments are granting subsidies, with Gujarat and Delhi topping the charts.

The debate started on Twitter, few participants felt that the price range was too high for Indian families, and a few argued it was on par with the competition.

We did ask the same question to our participants, and here is what they said:

Reasons Why People Are Willing To Buy Electric Vehicles

To add on, respondents were asked what is the main reason they are buying an electric scooter. At the top of the reasons is that Ola scooter expenses are far less than the required expenses for most cars. Moreover, the Indian government is offering a subsidy on Ola Electric scooter.

Reasons Why People Are Hesitant To Buy Electric Vehicles

Electric vehicles are the undisputed future of mobility. The technology is becoming popular and upscaling in mass adoption. However, people are still hesitant in purchasing electric vehicles.

Firstly, buying costs are higher (44.98%). Secondly, 12.22% note that they are facing problems with the vehicle’s range on a single full charge. Also, 9.84% say that there are not enough charging stations. Lastly, 6.72% pointed out the high battery replacement cost.

In conclusion, electric vehicle driving is rapidly increasing. Some of the respondents think that the price is too high, yet some are okay with the price. The introduction of e-scooters is an acceleration of the public mass adopting electric vehicles.

19/06/2020/10:34:am
Bhopal(MP): Online classes for children up to fifth class, were banned in government and private schools of the state. In this regard, the State...

The distance of 2 yards is unable to stop the corona infection, read this...

27/11/2021/10:10:am
London: A new research has come out regarding the infection of Coronavirus. In this research done by the engineers of the University of Cambridge,...