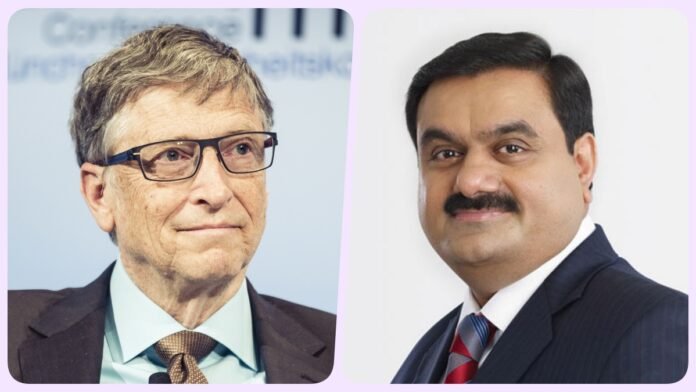 New Delhi: India’s richest industrialist Gautam Adani has now become the fourth richest person in the world. Recently, he has also left behind Microsoft founder Bill Gates in terms of wealth. Let us tell you that Bill Gates has been number one on the list of the world’s richest people for a long time. Now only three billionaires – Jeff Bezos, Bernard Arnault, and Elon Musk – are ahead of Gautam Adani on the list of billionaires.

According to statistics, the wealth of Gautam Adani, the head of the Adani Group, has almost doubled in the last year. Looking at the rapid growth of his wealth, he can also make a place in the ranking of the top three billionaires of the world in the coming days. Let us tell you that in the early months of 2021, Gautam Adani’s wealth was close to $ 55-60 billion, which has increased to around $ 115 billion at present.

Now only Bezos, Arnault, and Elon Musk are ahead of Adani
According to the ranking of Forbes magazine, which released the list of the world’s billionaires, Gautam Adani is currently the fourth richest billionaire in the world. Recently there were reports of him beating Microsoft founder Bill Gates. Now there are only three billionaires ahead of Gautam Adani – Jeff Bezos, Bernard Arnault, and Elon Musk. Amazon founder Jeff Bezos, who is at number three, has a net worth of about $ 139.5 billion. Bernard Arnault, who is second on the list of billionaires, has a net worth of about $ 148.5 billion, while Elon Musk is at number one with a wealth of $ 230.8 billion. If Gautam Adani wants to be in the top three of the list of billionaires of the world, then he will have to beat any one of them.

This is how Gautam Adani surpassed Bill Gates
Microsoft founder Bill Gates announced last week that he was donating $20 billion of his net worth to the Bill & Melinda Gates Foundation this month. Because of this, there was a decrease in his wealth. After this decision of Gates, Gautam Adani, whose wealth has been increasing continuously in recent times, has overtaken Bill Gates to number four on the list of billionaires. On the other hand, Mukesh Ambani, the head of Indian company Reliance Industries, occupies the tenth position in the Forbes Real Time Billionaires list with a net worth of $88 billion.

Heat has broken the record in many states, know update of the weather