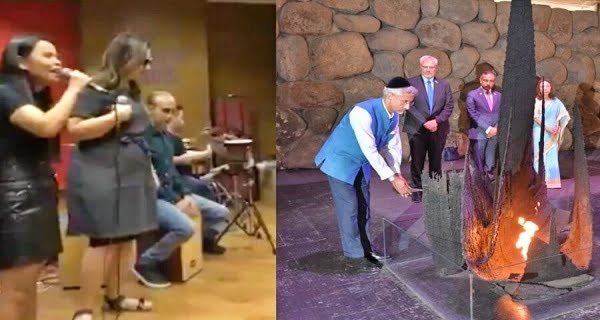 Jerusalem: External Affairs Minister of India S. Jaishankar (S.Jaishankar) is on a five-day visit to Israel. Jaishankar and his delegation were surprised on Monday when Bollywood songs were presented to him at a program organized by the Israel Center for Persons with Disabilities.

Will interact with youth
Shalwa Center takes care of physically challenged people and provides them opportunities for social inclusion. Dina immigrated to Israel from Manipur in 2007 and was chosen to light the torch at Israel’s official Independence Day celebrations a few years ago. Jaishankar will also visit the Israel Museum. Apart from this, he will also interact with some young members of the Cochin Jewish community.

Tribute paid to Holocaust victims
Jaishankar will also interact with some ‘think tanks’. On Monday, he paid tribute to the victims of the Holocaust in Yad Vashem, Israel. He said that the Holocaust memorial strengthens our resolve to confront evil. External Affairs Minister S Jaishankar arrived in Israel on Sunday on a 5-day visit. He expressed confidence that the Indian Jewish community in Israel would bring the two countries closer in the years to come.

12/02/2021/9:06:pm
London: The Duchess of Sussex, the wife of Prince Harry of Britain, Megan Merkel, filed a lawsuit against the Associated News Papers Limited (ANL)...