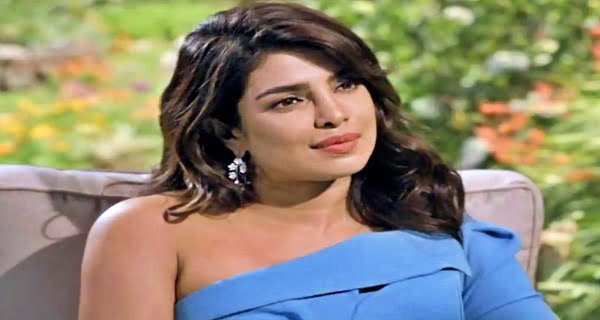 New Delhi: Priyanka Chopra has become a part of many famous forums since becoming an international celebrity. Recently, Priyanka’s biography has been released, which is being discussed everywhere. Now the actress has appeared in Oprah Winfrey’s special interview series ‘Super Soul’. In this interview with Priyanka, she will be seen talking from her married life to her professional life.

In an interview with Oprah Winfrey, Priyanka Chopra has given this conversation about religion in India. In the interview, Priyanka Chopra says about herself, she said, I knew about Christianity when I studied in the convent school and had a friendship with Christians since childhood. When my father used to sing in the mosque, it is clear that even Islam was not unknown to me, I was aware of Islam. Our family itself was a Hindu family. In such a situation, my religion is Hindu and I worship, there is a temple in my house too.

Faith was weak due to fear of losing father
Priyanka Chopra further said that her father Marhoom Ashok Chopra always told her that do not speak wrong about any religion and do not hate anyone. He said that the path of all religions leads to only one God. I also believe that God is a great power. Priyanka said that I think I have a spiritual foundation. Priyanka told in this interview how her faith had gone to a weak position when her father fell ill. She went from Europe to New York to her father, but nothing happened. I was feeling very helpless. I was getting angry and my relationship with God was a bit shaken. But at the same time I felt God helped me in salvation and I came out of it too.

Mother helped understand Nick Jonas
Priyanka told in her interview that in the initial days she was not at all serious about Nick. His mother helped him to understand Nick and then decided to marry him. Priyanka told that her mother told her that Nick is a sensitive person who has an identity of his own. With this, they are so excited about my dreams, my achievements. What could be better than this in a fellow friend. Priyanka Chopra, who was in the discussion about her marriage, also spoke openly about this. PC is almost 10 years older than her husband. At the moment Priyanka is 37 years old, while her husband is 27 years old. Most people talk about the difference in age between them and Nick Jonas. She wants to silence those who talk about their relationship.

Winning the miss world was a dream
On winning the title of Miss World, Priyanka said that at that time she was only 17 years old. None of my family had taken part in any beauty patient. I never thought that I would be a part of it too. But when I came to the movies after winning it, I always considered it necessary to raise my head.

19/02/2021
Srinagar: In an Encounter between a militant and security forces in Badgam district of Jammu and Kashmir, one policeman was killed and another was...

Corona patients over 65 years of age have a higher risk of recurrence: study

22/03/2021
London: Most people infected with the coronavirus do not relapse for at least six months, but elderly patients over 65 years of age are...