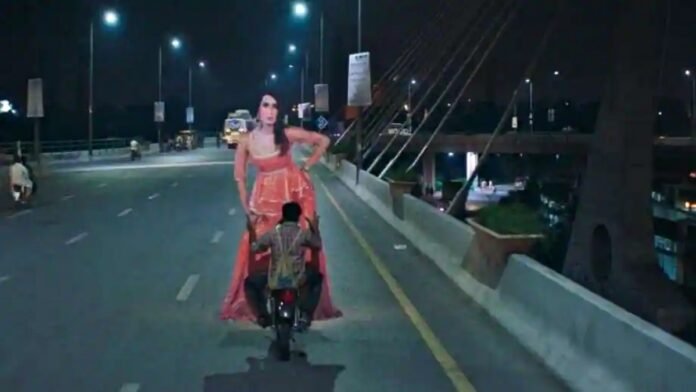 Mumbai: The film ‘Joyland’, directed by Pakistani director and writer Saim Sadiq, has been banned in its own country. Please tell me that this ‘Joyland’ is the official entry of Oscar from Pakistan. The film was to hit the screens on 18 November. However, due to its ban now, the audience has got a lot of shocks. Pakistan’s Ministry of Information Broadcasting has banned the film due to ‘highly objectionable things’.

Remind you that the film gained worldwide fame when it won the Jury Award at the 75th Cannes Film Festival 2022. After winning the Jury Award, it was liked all over the world. Everyone praised the film fiercely on social media.

Now regarding the film, the Ministry of Information Broadcasting says that there are ‘highly objectionable things’ in it, for which it has decided to ban it. On August 17, the Censor Board gave the certificate regarding the screening of the film. There were protests regarding the content of the film, after which the Ministry of Information and Broadcasting decided to ban the film. On November 11, the ministry issued a notification regarding the film and said, ‘Written complaints were received that the film contains highly objectionable content which is not in line with the values ​​and standards of our society’.

Significantly, Salim Sadiq has stepped into directorial films from ‘Joyland’. The film is based on a social scenario. The film is about a family based in Lahore, Pakistan, where it shows the stronghold of patriarchy.

SpaceX’s vehicle reached the ISS orbiting lab, Indian is the commander of the mission

12/11/2021/10:25:am
Cape Canaveral: The US space agency NASA and SpaceX have now sent four more astronauts to the International Space Station (ISS). But this time...

26/10/2021/8:44:pm
Kabul: China has been exposed to openly helping the Taliban government in Afghanistan. So far, one million US dollars has been given to the...

Slogans raised in anti-hijab demonstration in Iran – all mullahs run...

Nepal Police has once again opened fire on the border, one...

World Bank announced to give 1 billion dollars to Afghanistan, but...