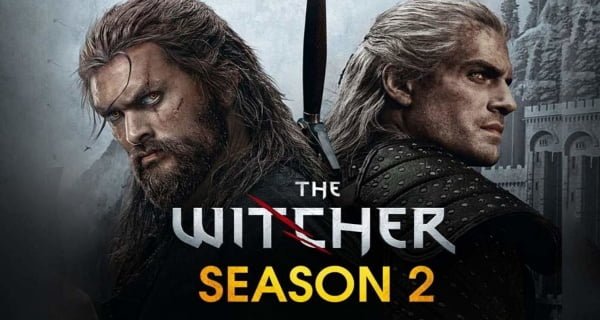 The Witcher fans have a reason to celebrate as the wait is finally over. After much anticipation, Netflix revealed the release date of the show’s Season 2 with a new intriguing teaser trailer. The announcement was made on July 9, during WitcherCon, a virtual streaming event devoted to Witcher-verse-related stuff. The popular fantasy series is all set to premiere on December 17 this year. The two-minute promo clip opens with Henry Cavill’s Geralt of Rivia embarking on a journey with Freya Allan’s exiled Princess Cirilla to the Witcher castle Kaer Morhen.

She asks Geralt, “So am I your destiny,” to which he responds, saying, “You are much more than that.” The trailer also nudges on the return of Yennefer of Vengerberg, a sorceress. Viewers will get an insight into what fate holds for Geralt, Yennefer, Princess Ciri. Cavill shared the teaser on his official Instagram handle on Friday. Here it is:

Netflix also announced an animated prequel of The Witcher, The Witcher: Blood Origin. It will be set in an elven world, nearly 1,200 years before the present timeline of the show. Coming ahead of the Season 2 premiere, the show will revolve around Geralt’s mentor, Vesemir. It will premiere on the streaming giant on August 23.

Season 1 of The Witcher, based on Andrzej Sapkowski’s best-selling novels of the same title, premiered in 2019. The production on the second season started early last year. The pandemic halted the ongoing work in March. The filming finally resumed in August and then was suspended again in November. The production finally got wrapped up in April. Just like season one, the second season will comprise eight episodes.

15/02/2021/9:02:pm
Islamabad: Pakistan after Disha Ravi's arrest (Arrest) in a dispute that started on the part of a toolkit shared by International Activist Greta Thunberg....

08/02/2021/10:13:am
New Delhi: Tikri, Singhu, and Ghazipur border will remain closed for traffic on the borders of the national capital due to the agitation against...

29/11/2020/11:57:am
Raipur: An Assistant Commandant of the Central Reserve Police Force (CRPF) has been killed and seven others injured in a landmine blast in the...