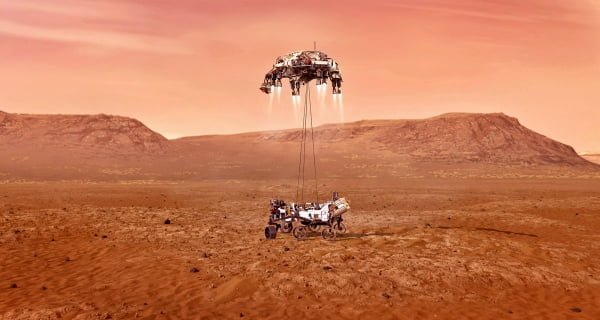 Cape Canaveral (Florida). NASA on Monday released the first high-quality video of Mars Landing Video landing on Mars. The video shows an orange and white parachute opening and the rover landing on the dusty surface of the red planet. Dave Gruhl, the head of the Entry and Decent Camera Team, said, “My hair gets erected every time I see it.” The ‘Pursewirns’ rover will look for signs of archaic microscopic life and will also try to bring authentic samples of the red planet rock to Earth over a decade.

NASA’s rover ‘Perseverance’ landed on the surface of Mars in the early hours of Friday. It has landed in the Jezero Crater. It is the largest and most advanced rover sent by NASA so far. “This video and photos are part of our dreams,” said N Chan, the head of the team formed to take the rover to Mars. Earlier, NASA released the first picture of a rover landing on Mars. NASA put 25 cameras in the spacecraft for this task. Significantly, NASA’s most risky and historically significant mission to date is to find out what life was ever on Mars. The expedition will also try to bring rock fragments from the planet which can prove to be important in finding the answer to this question.

04/12/2020
Hong Kong: By granting bail to a media professional, Jimmy Lai, a prominent supporter of Democracy in Hong Kong, on Thursday, in a case...

25/01/2021
New Delhi: China once again tried to change the status quo on the Line of Actual Control (LAC). There was a clash between Indian...

08/02/2021
Washington: America's Finance Minister Janet Yellen has said that the country is still in a "deep abyss" due to the unemployment of millions of...