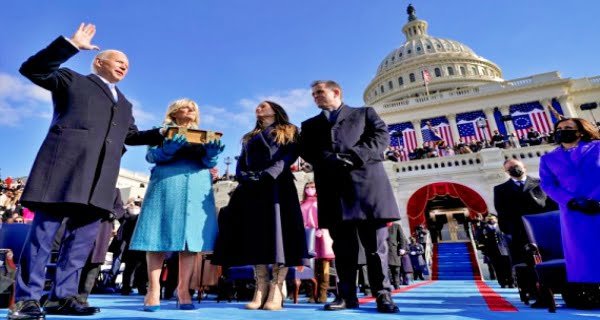 Washington: Renowned as a public leader, reformer, and painter of others, Joe Biden was once one of the youngest senators in the country, and today with his long experience to become the oldest president in American history His journey has been very interesting. He has nearly five decades of political experience. Biden, a six-time senator, defeated Republican leader Donald Trump in the presidential election at the age of 78 (Joe Biden Political Journey). Prior to this, he has failed twice in the presidential race in 1988 and 2008.

Biden, a Delaware senior leader, had a dream of becoming president since childhood, but his dream in the third attempt was realized when he won the Democratic Party primary from South Carolina on February 29 last year, defeating many veterans. Left and made his most dramatic comeback in US political history. Biden has spent five decades in Washington in the White House twice as Vice-President under former President Barack Obama. This time he firmly placed himself before the American people as an alternative to Trump. Accepting his candidacy in the presidential election in August on behalf of the Democratic Party, Biden vowed to restore the “soul of America” ​​and said he would work to spread light in the country, not darkness. This time, Biden is the oldest person ever to take power in the White House by defeating Trump in a highly bitter presidential election. Biden vowed to unite the country in his victory speech and said, “It’s time to heal the wounds in America”.

He said, “I use this post to restore the soul of America, rebuild the base of this nation, work for the middle class and make America honorable again in the world and to unite all of us here in the country.” Want to do it. ” While a senator from Delaware for more than three decades and then vice president under Obama for eight years, Biden has a track record of being a strong advocate of Indo-US relations. Biden said during his election campaign that India and the United States are natural partners. Biden has always had strong ties with the Indian leadership, ranging from playing an important role in passing the Indo-US civil nuclear deal and setting a $ 500 billion target in bilateral trade during the Republican administration. A large number of Indian-Americans are associated with him. Biden has nominated at least 20 Indian-Americans to important positions in his administration, 13 of whom are women. This in itself is a new record for a small ethnic group whose population is just one percent of the total population. 17 of these people will be part of the powerful White House complex.

Biden’s swearing-in as the country’s 46th president is also historical in itself as the first time a woman like Kamala Harris will take over as vice-president in the country. The fifty-six-year-old Harris is also the first African-American woman of Indian origin to become the Vice President of the United States. Born in a Catholic family in Pennsylvania in 1942, Joe Robin Biden Jr. studied at the University of Delaware and then received a law degree from Sirkaus University in 1968. His father used to work on cleaning the furnace and selling old cars. Biden was first elected in 1972 and was a six-time senator from the state of Delaware. He was one of the youngest representatives to be elected to the US Senate when he was first elected at the age of 29. Biden also contested from his party to become a presidential candidate in 1988 and 2008 but was unsuccessful. Known as an outspoken speaker, Biden talks openly about the tragic events that happened to his family, including the 1972 car accident.

His first wife Neelia and his 13-month-old daughter Naomi were killed in a car accident and their sons Beau and Hunter were seriously injured. Biden met his second wife Jill Jacob in 1975, and then they married in June 1977. Their daughter Ashley was born in 1981. In 2015, Biden’s son, 46-year-old Bu, died of a brain tumor who participated in the Iraq War and served as Delaware’s attorney general. In 1988, Biden also had a brain problem. Biden received his presidential candidacy last year when rival Senator Bernie Sanders withdrew from the candidacy race in April 2020. Biden was also accused of sexual harassment, which he dismissed.

09/07/2020
New Delhi: The Department of Disability Empowerment, which comes under the Ministry of Social Justice and Empowerment, Government of India, has decided not to...

23/01/2021
Washington: 100–200 guards of the National Guard deployed to protect the oath-taking ceremony of US President Joe Biden have been found infected by the...

French Ministry of the Interior Selects IDEMIA and Sopra Steria to Develop a New...

30/01/2021
Courbevoie, France:  The French Ministry of the Interior has selected the IDEMIA and Sopra Steria consortium to design, build, roll out, maintain and update a...