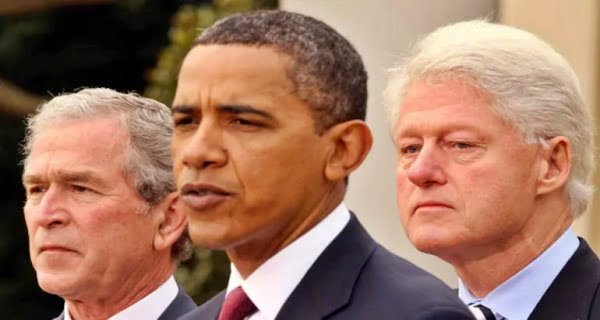 The video aired on Wednesday night, in which the three former presidents are seen talking about the peaceful transfer of power. He stands in the courtyard of Arlington National Cemetery in Virginia. There he paid homage to the Soldiers. According to ABC News, “It’s a free-flowing conversation.” It emphasizes on the transfer of power, maintaining democracy and maintaining civilized behavior.

Obama (59) said, “I have a personal connection with seeing Good Evening America, my former Vice President becoming the 46th President and seeing Kamala Harris as our first female Vice President. . ” Obama said, “Swearing-in indicates a peaceful transfer of power, which is a centuries-old tradition.”

Bush (74) said, “The three of us standing here and talking about the peaceful transfer of power shows the institutional integrity of our country, big hearted people.” We are fortunate to have been the President of all three countries. “

At the same time, Clinton, who was the 42nd president of the US from 1993 to 2001, said, “This is an unusual thing.” We are trying to normalize the situation, deal with inequitable challenges and do our best. ”

09/07/2020
New Delhi: India has expressed concern over the possibility that F-1 visa students attending online-only classes in the US may lead to the return...

15/07/2020
Mumbai: In the 43rd AGM of Reliance Industry, Reliance Jio has made many big announcements. In this, the company announced that it is working...