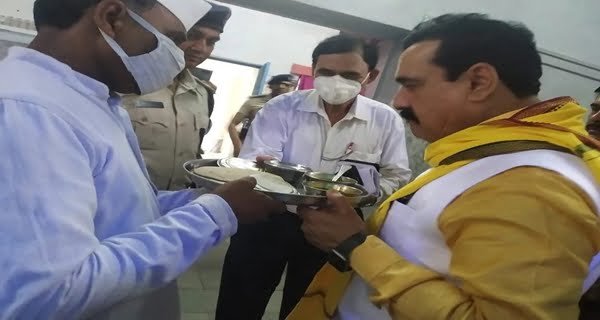 Bhopal: In Madhya Pradesh, on social media platforms and Whatsapp groups, there was news throughout the day on Thursday whether bangles and bindi will be made available to women prisoners in the jails of Madhya Pradesh. When palpal investigated this news, the news was found to be 100 percent correct. In fact, on Thursday, Madhya Pradesh Home and Jail Minister Narottam Mishra (Home and Jail Minister Narottam Mishra) made a surprise inspection of Central Jail Bhopal. During the inspection, the Home Minister has ordered the jail management to make bangles and bindi available to the female prisoners inside the jail, after this order of the Home and Jail Minister, the Jail Administration also started implementing it. Have given.

Egg cell also inspected
According to the report, Jail Minister Narottam Mishra also took stock of the arrangements made for the prisoners in the jail. He also inspected the jail’s dining hall and the highly sensitive ‘egg cell’. Minister Narottam Mishra also decided to extend the parole period of prisoners by another 60 days to prevent the infection of Coronavirus. For this, the department will send a proposal to the “High Authority Committee”. The orders related to the increase in the parole period will be issued only after the recommendation of the committee. In fact, the parole period of detainees released on parole ends on 31 July.

Inmates will also get the facility of video call
In view of Corona, inmates of jails will be provided a video call facility to talk to their families. Right now, inmates in jail are being provided the facility to talk to their families telephonically. Jail Minister Narottam Mishra tasted the food being made for the inmates during the inspection of the Central Jail’s cuisine. He called for providing salad with food compulsorily to strengthen the immunity system of prisoners during the Corona transition period. He directed the Director-General of Jail Sanjay Chaudhary to ensure that inmates should be provided with food and salad in all the jails of the state. 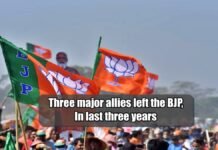 RSS chief Mohan Bhagwat said – statements made in the ‘Dharma Sansad’ are not...

07/02/2022/9:38:am
Nagpur: Rashtriya Swayamsevak Pramukh Mohan Bhagwat on Sunday said that some of the statements made at a recent program called Dharma Sansad were not...

01/04/2021/9:55:pm
Peshawar: A court in Pakistan lifted the ban on the popular Chinese application (APP) 'Tiktok', sharing video and ensuring the telecom authority of the...

The new Income Tax Portal will be launched on June 7, know all the...

Today is the last day of exemption in EMI: Loan Moratorium

31/08/2020/10:51:am
Mumbai: In order to provide relief to the common man in the difficult times of the corona epidemic and lockdown, a system of relaxation...