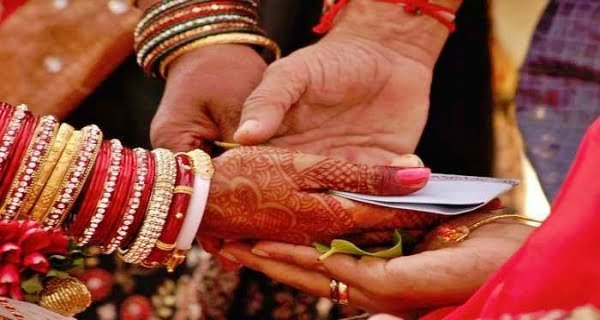 Jhunjhunu: A string of weddings in Rajasthan village has turned into a nightmare as 95 people have been tested Covid positive in a day. Despite the state government’s stringent measures to curtail wedding celebrations, Siyalokala village in Jhunjhunu witnessed three weddings on April 25.

However, soon the people in the Siyalokala village began to live its worst nightmare. After 95 people test positive in the village, it is left without proper healthcare and medical attention, a report in India Today said.

The silence in the village is deafening, no children playing, no cheer, no chatter, just deserted streets, shut doors, a peep through the window or a reluctant gaze from the terrace ever since people were tested for Covid.

“Ever since we got tested the whole village is shocked. Almost 95 people tested positive for Covid. Earlier on April 25, there were three weddings. Nobody believed that Corona is a thing. People would roam around after sampling. People are now worried and remain indoors,” Surendra Shekhawat, a local resident reportedly said.

As the wedding celebrations ended, the pandemic spread in the village and the first victim was the father of the bride, Pappu Singh.

“We will never be the same again, our brother has gone. He has three daughters. His report was negative, but he was feeling unwell. We don’t know what to do now we are lost,” Pappu’s brother said.

The villagers add that nobody comes to the village for fear of the virus and added that people are scared by the name of the village. The situation has come to an extent that the villagers are struggling to get essential supplies like milk and vegetable.

“Other village people are scared of us. We are feeling helpless. We want everyone to be tested again. Administration tells us to go to Surjagarh, but in a lockdown how can we go by ourselves?” Virendra Singh, who also tested positive, asked.

The women also opened up about the trauma of being locked without supplies. One Poonam says that they are scared for their small children as shops refuse them supply. “There is shortage of milk and vegetables, and no one comes here,” added Poonam.

The village lacks health facilities for the treatment of the people. “In town you have hospitals, here we don’t even have a set-up to get an injection. We run to Surajgarh for it. If something happens to any villager, we have to spend money to get him basic medication,” one Dara Singh reportedly said.

07/07/2020/9:51:am
Mumbai: The trailer of Bollywood actor Sushant Singh Rajput's last film 'Dil Bechara' has been released. Ever since the film was announced, fans have...

Now complete lockdown in Karnataka from 10 to 24 May

07/05/2021/10:51:pm
Bengaluru: After Rajasthan, in view of the ever-increasing cases of corona in Karnataka, the state government has announced a complete lockdown. Announcing this, Karnataka...

01/11/2020/11:17:am
New Delhi: Indane, the country's largest state-owned oil marketing company, has changed its LPG gas cylinder booking number from today. That is, customers will...