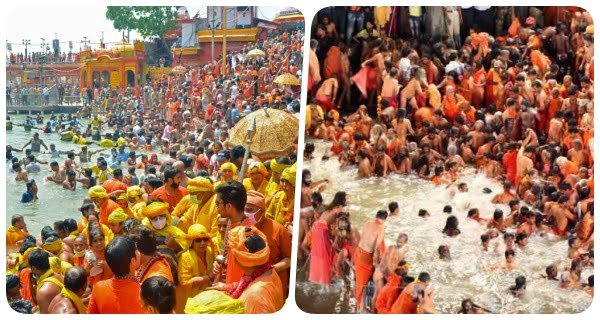 Prayagraj: The UP government is presenting the divine and grand Kumbh (Kumbh Mela-2019) organized in Sangam city Prayagraj in 2019 as the biggest and most successful event and presenting it as its achievement in the country and the world. The infrastructure prepared for organizing the same Kumbh was done by the Comptroller and Auditor General of India-CAG. Various irregularities and lapses have been uncovered in the audit, which has raised questions about the claims of the government. This audit report for the year ended 31 March 2019 has been laid on the table of the Vidhan Sabha. From where it has been sent to the Public Accounts Committee of the Legislative Assembly. As per tradition, the Principal Accountant General informs the media about this report after the audit report is laid on the Table of the House.

In the report, many flaws have come to the fore regarding Kumbh 2019. 2425 crores have been spent for Kumbh Mela, out of which 1281 crores were spent by the Central Government and the remaining amount was spent by the State Government. There was an intervention of about 16 departments in this. According to the CAG report, Magh Mela is held every year in Prayagraj, and Kumbh and Maha Kumbh are organized every six years, but the government has completely failed to plan for permanent construction and no standards can be set for permanent construction works. Could. According to the audit report, the Urban Development Department had approved a budget of 2744 crores for the Kumbh Mela. Against which 2112 crores had been spent till July 19. The information about the allocation and expenditure by the departments was not provided by the Kumbh Mela Officer. Due to which the exact status of many allocated funds and expenditures could not be known.

15 percent work not completed till the start of Kumbh Mela
The state government procured rescue equipment in violation of the guidelines of the Government of India at the Kumbh Mela. The budget of 65.87 crores was changed from the State Disaster Relief Fund. PWD repaired roads and painted trees along the roads without financial approval. In this work, six works worth 1.59 crores were done. Whereas the Information and Public Relations Department allocated 29.33 crores against 14.67 crores for the promotion of Kumbh Mela through electronic and print media. The vendor who supplied the tentage material to the organizations has submitted a claim of compensation of 21.75 crores for not returning the goods. Along with this, various departments did not follow the prescribed time limit during the Kumbh Mela. Due to which about 15 percent of works of 58 permanent and 11 temporary nature were not completed till the start of Kumbh Mela.

Many crores of goods not even used
According to the audit report, testing instruments like drones, tire killers, and baggage scanners worth Rs 7.83 crore were either not received or were not used. Excess estimate of 3.11 crore in road works, 95.75 lakh additional expenditure has been incurred by laying additional offset in the construction of nine road works. It has also been revealed in the audit report that irregular contracts were awarded to the contractors. 3.24 crore was spent on barricading works and 8.75 crores on fiber toilets. that could have been saved. The issue of additional payment of 1.27 crore to the contractors of Kumbh Mela has also come to light in the audit report.

361136 metric tons of solid waste was created before the Kumbh started
With this, Solid Waste Management was not implemented effectively in the Kumbh Mela. Before the start of Kumbh, 361136 metric tonnes of solid waste was created, while during the Kumbh Mela from January 2019 to March 2019, an additional 52727 metric tonnes of solid waste was created. Which could not be disposed of in the treatment plants. According to the audit report, the government also completely failed to make a long-term plan regarding Kumbh Mela 2019. The government did not make any standard regarding the Kumbh Mela. Different departments have given different rates for barricading only. The CAG has also prepared an audit report on the loss to the government exchequer due to the delay in the Indo-Nepal Border Road project, the Chak Ganjariya Livestock Farm in Lucknow, and the construction of roads funded by the State Road Fund.

CAG sends a report to Public Accounts Committee
The CAG has also sent the report to the Public Accounts Committee stating the shortcomings found in them. At the same time, this audit report of the government’s School Chalo campaign is also open. In fact, in the investigation of the CAG, it has come to the fore that a discrepancy has been found in the tender process of the Directorate of Basic Education for giving school bags to the children in the primary schools of the state. School bags could not be given to 1.15 crore children in the year 2016-17 due to delays in the supply and distribution of school bags. Along with this, 6.55 lakh school bags worth Rs 9.46 crore have been dumped in the godown in more than three years. Along with this, the CAG in its audit report has exposed the case of wastage of money regarding hostels and facilities for SC-ST. At the same time, CAG has tried to open the eyes of the government by stating in its audit report that the oxygen plant could not be established in Agra. 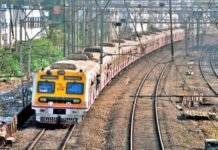 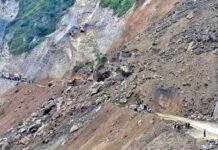 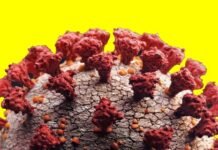 Farmers broke barricades on the Singhu and Tikari border, police trucks were pushed by...

23/04/2021/9:02:pm
New Delhi: The Drugs Controller General of India has approved the use of another injection for the treatment of corona infections. On Friday, DGCI... 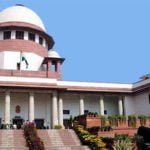 23/10/2020/9:39:am
New Delhi: The Supreme Court in a landmark judgment on Thursday said that while taking a life insurance policy, it is necessary to give...

23/10/2020/12:11:am
Hamilton, Bermuda:  The world’s most eco-friendly spirits bottle will biodegrade in 18 monthsBacardi swaps crude oil for seed oil as petroleum-based plastics are replaced by...