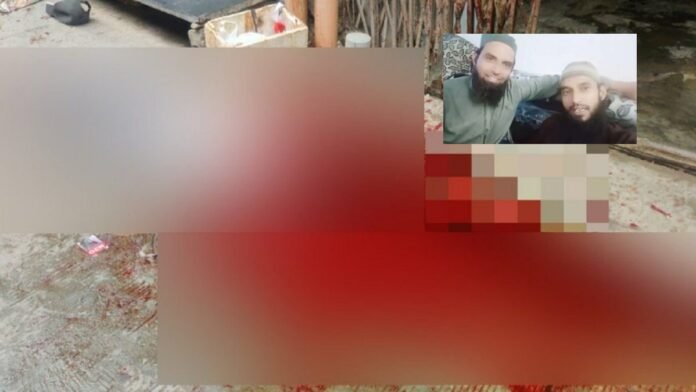 Udaipur: A heart-wrenching incident has come to light in Udaipur, Rajasthan. Where a person was brutally murdered by two people for supporting BJP leader Nupur Sharma. This incident is from the Maldas Gali area of ​​Udaipur.

The deceased had shared a social media post a few days ago in support of Nupur Sharma. For which he had to bear the brunt today. Both the killers posted a video boasting of being beheaded and also threatened PM Modi’s life.

In this case, Udaipur SP said that “Heinous murder has been carried out and a thorough investigation will be conducted into the incident. Some of the accused have been identified. A police team was formed to search for the accused. We will take action on videos that claim men to have committed this act.”

At the same time, Chief Minister Ashok Gehlot condemned this incident and said I condemn the heinous murder of the youth. Strict action will be taken against all the criminals involved in this incident and the police will go to the bottom of the crime. I appeal to all parties to maintain peace. Strictest punishment will be given to every person involved in such heinous crime.”

The CM said, “I appeal to everyone not to try to spoil the atmosphere by sharing the video of this incident. By sharing the video, the criminal’s purpose of spreading hatred in the society will be successful.”

22/03/2021/9:50:pm
Suryapet: In Kabaddi Championship being held at Suryapet in Telangana, the stand of the stand was broken due to which 100 people were injured....

Husband cannot run away from responsibility of giving alimony to wife: court

28/03/2021/10:23:am
New Delhi: A Delhi court rejected the appeal of a man challenging the order of granting interim alimony to a separated wife, stating that...

Amitabh Bachchan congratulates Ranbir-Alia on their marriage, saying- ‘He is ready to start a...

14/04/2022/9:45:am
Mumbai: The much-awaited wedding rituals of Ranbir Kapoor and Alia Bhatt began on Wednesday afternoon at Vastu, the Pali Hill residence in Mumbai. While...

30/03/2022/8:23:pm
Islamabad: The political crisis in Pakistan is deepening. Imran Khan's departure is almost certain. At the same time, a big stir has started before...

Heavy rains in Mumbai threaten floods like 2005, water-filled in Special...