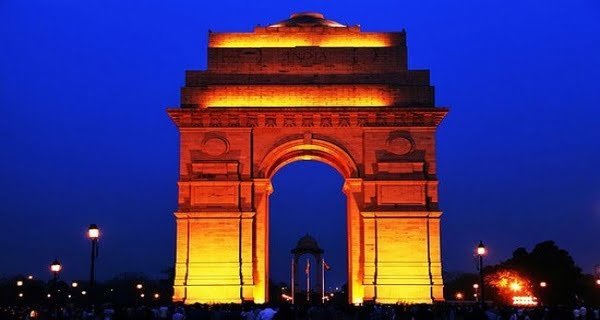 New Delhi : In order to reduce the speed of infection due to Corona virus, Kejriwal Government of Delhi has taken a big decision. Delhi government has imposed Weekend Curfew in Delhi in the state from 10 pm Friday night to 6 am Monday. It has been decided to close the city’s shopping malls, gyms and spa centers until further orders.

A large number of people gather at malls, gyms and spa centers, in which the risk of spreading of corona virus is high. It has been decided to close it only with this. Cinema halls can be opened with 30 percent capacity. However, no decision has been taken yet to close any market.

What is the exemption and restrictions:

Corona Unctroled in Delhi
New figures of coronavirus in Delhi are frightening. In the last 24 hours, 17 282 new cases of corona have been reported and 104 people have died. For the first time this year, the death toll has crossed 100. In the last four days, more than 47 thousand corona infection patients have been found in Delhi. Please tell me that on Tuesday, more corona patients were found in Delhi than in Mumbai. Explain that now the total number of infected patients in Delhi has increased to 7, 67, 438. Of these 7, 05, 162 people have become healthy. At the same time, 11,540 people have died from Corona so far.

Recorded over 1.99 lakh patients in 24 hours
The corona epidemic in the country has taken a formidable form. In the last 24 hours, 1 lakh 99 thousand 376 new patients have been found. 93,418 recovered and 1,037 died. The new case figure has more than doubled from the first peak on September 16 last year. With this, the number of active cases, ie, patients undergoing treatment, has increased to 14 lakh 65 thousand 877.

30/10/2020
Samsung has launched its new foldable smartphone Galaxy Z Fold 2 this year. This phone is an upgraded variant of last year's Galaxy Fold....

03/01/2021
Dr. Ashutosh Upadhyay Gemini predictions 2021 The Gemini 2021 horoscope predictions reveal that this year is for growth and progress for all Gemini natives. Success will...

20/10/2020
Indore: The Municipal Corporation on Tuesday launched a new song for the fifth time in the cleanliness survey, in the voice of famous singer...

13/09/2020
New Delhi: Congress Party's interim president and UPA chairperson Sonia Gandhi has gone abroad for two weeks for a health check-up. According to the...

03/08/2020
New Delhi: In the Union Territory of Jammu and Kashmir, the holy Chhari Mubarak of Lord Shiva was taken to the Cave Shrine of...