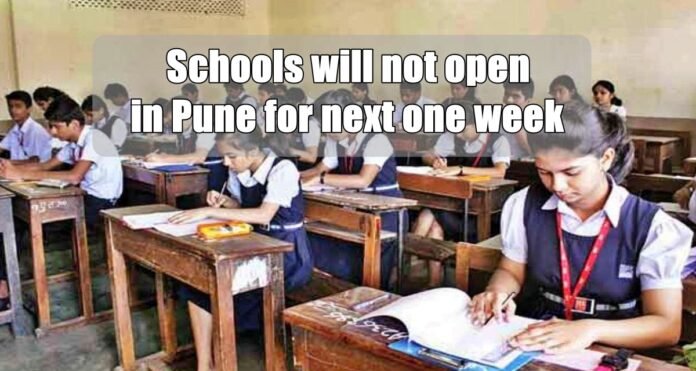 Mumbai: The situation is slowly getting better in Maharashtra, which was among the most affected cities in the country during both the waves of Corona. Meanwhile, the Government of Maharashtra has taken a big decision. But on Saturday, Maharashtra Deputy Chief Minister Ajit Pawar has informed us that schools in Pune will not be open for the time being. Ajit Pawar has said that due to the increasing corona cases in Pune, schools will not be opened at present.

Ajit Pawar said that more than 16,000 corona cases have been reported in Pune on Friday. Therefore, we have decided not to open schools in the Pune district for the next week. The number of corona cases in Pune is unlikely to decrease for at least the next 8 days.

Actually, recently the state government had decided to reopen the schools in Maharashtra once again. Maharashtra Education Minister Varsha Gaikwad had said that from Monday 24 January 2022, schools will be opened from class 1 to class 12.

Varsha Gaikwad had told us that we have also decided to open a pre-primary school. He said we will reopen the school for class 1 to class 12 with the covid protocol. The CM has agreed to our proposal.

The truth of Sushant’s death will be revealed soon, AIIMS reports to CBI

13/03/2021/11:03:pm
Washington: Microsoft Chief Executive Officer (CEO) Satya Nadella and several US lawmakers have stated that they are angry with the continuing hatred of Asian...

13/04/2022/4:47:pm
Mahesh Bhatt pictured with daughter Pooja Bhatt. Mumbai: After the Kapoors, the bride-to-be's members of the family made their method at Alia Bhatt and Ranbir...

08/09/2020/10:04:am
Canberra: The last two journalists working for the Australian media in China have both left the country after being summoned by the police for...

Writer Ved Mehta died at the age of 86