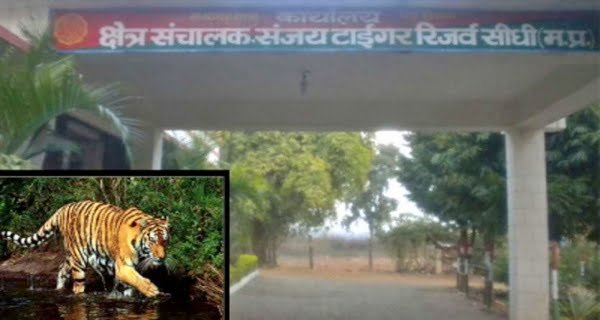 Sidhi (MP): A 12-year-old girl was killed in a leopard attack at Sanjay Tiger Reserve in the Sidhi district of Madhya Pradesh. Kadar Parouha, in-charge of the Marwas police chowki, said that the deceased has been identified as Saroj Gond, she was a resident of Jhapri village and the daughter of Shiv Narayan Singh Gond.

He said that the incident happened on Saturday in the forest near the Mavwas of Sanjay Tiger Sanctuary when she went to pick up wood for cooking with her mother and other women. Parouha told, “All these women in the forest were picking wood from a small distance. Saroj’s mother was with him. Suddenly the leopard caught Saroj’s throat in the jaw and dragged it for about 200 meters. The women present there also tried to get rid of him by making noise, but by the time the leopard ran out of it, Saroj was dead. ”

He said that a case has been registered in the Madwas police post in this regard and the body has been handed over to the relatives after post-mortem.

05/11/2020
Washington: Here the election was held, here Trump gave a hasty speech (Trump Speech), which became a riddle. To solve it, one needs to...

20/02/2021
New Delhi: Increasing cases of Corona are once again frightening in the country. The growing graph of Coronavirus in India can be gauged from...

12/06/2020
Neemuch(MP). Resolve and passion is the power of human beings that makes any rare or impossible possible. Such resolve power is often seen in...