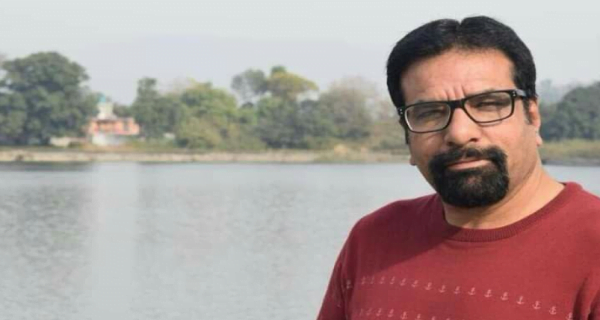 New Delhi: According to news coming from Jammu and Kashmir, a BJP councilor was shot dead by terrorists in the Tral area of ​​Pulwama district here on Wednesday. On this issue, the investigating officers said that the terrorists entered Rakesh Pandita’s house on Wednesday evening and attacked him. It was also told that Rakesh, who was badly injured by the bullet, was taken to the hospital, where he died. Officials also said that a woman was also injured in the firing by the terrorists.

Giving details of the incident, a police spokesperson said here today that BJP councilor Rakesh Pandita, despite being provided with two PSOs and a secure hotel accommodation in Srinagar, had gone to Tral without any security. It was also learned from official sources that three suspected terrorists opened fire on BJP Municipal Councilor Rakesh Pandita in Tral late on Wednesday evening.

It is being told that Pandita and a woman were seriously injured in this incident. The injured were later taken to the hospital where the BJP leader was declared brought dead. It is being told that the suspected terrorists managed to escape taking advantage of the darkness. Security forces have been sent for a search operation in the area and a search operation has been launched to nab the attackers. It was told that Pandita had gone to Tral to meet his friend.

On the other hand, Kashmir Police IG Vijay Kumar says that three suspected terrorists opened fire on BJP Municipal Councilor Rakesh Pandita in Tral late on Wednesday evening. Pandita and a woman were seriously injured in the incident. The injured were later taken to the hospital where the BJP leader was declared brought dead. At present, the investigation is going on. PDP leader Mehbooba Mufti also condemned the incident, calling it a heinous crime.

Here on this issue, Jammu and Kashmir BJP chief Ravinder Raina has said that it is not Rakesh Pandita’s but the blood of humanity and Kashmiriyat in the valley. Their sacrifice will not go in vain. The terror of the terrorists from the valley will only end.

204 Mumbai local trains to be restored from January 29

Encounter with criminals in Kanpur: eight policemen killed in UP

03/07/2020/10:36:am
Lucknow: At least eight Uttar Pradesh Police personnel including a Deputy Superintendent of Police were killed in an encounter with criminals in Kanpur. The...

21/08/2020/10:38:pm
Jammu: After heavy rains in Ramban district, the Jammu-Srinagar National Highway remained closed on Friday due to landslides in many places. This has trapped...