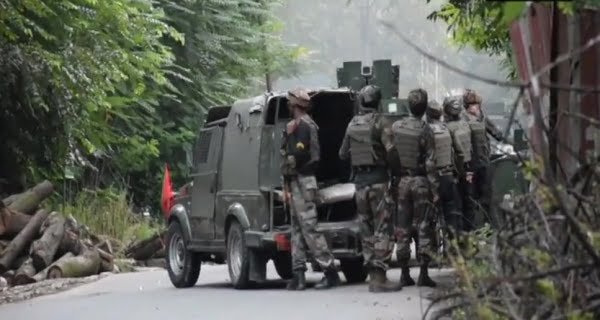 New Delhi: According to the current news, the army has killed 3 terrorists in an encounter in Pulwama, Jammu, and Kashmir. According to army sources, security forces have killed three dreaded terrorists in the Jadura village of Pulwama in South Kashmir. At the same time, an army soldier has also been martyred in this dangerous encounter. Please tell that in 24 hours in Jammu and Kashmir, the army has done this second encounter.

According to Jammu and Kashmir police sources, there was a fierce encounter between army personnel and militants in the late night in Jadura area of ​​Pulwama. While 3 terrorists have been killed in this encounter, Veeragati, a soldier of the army has been received. At present, the army and other security agencies are conducting their search operations in the area. At the same time, the Jammu and Kashmir Police has also told that they have found objectionable goods and some weapons from the spot. Not only this, the security forces have also recovered 1 AK-47 and 2 pistols from the slogans. At present, the police have laid siege to the whole area and every vehicle passing through this area is also being searched.

On Friday, there was an encounter between the army and militants in the Shopian district which falls in the Killara area of ​​Shopian. In this encounter, 4 terrorists were killed and 1 terrorist surrendered himself.

Fear of Corona, more than 9 thousand cases come in 24 hours, Govt can take a big decision

23/10/2020
Berlin: Germany’s consul general to Hong Kong was brought in for talks, following reports Berlin had granted asylum to a student who faced prosecution...

28/12/2020
Washington: US President Donald Trump has signed a bill that calls for establishing an American consulate in Tibet and forming an international coalition to...

Tata Altroz ​​iTurbo, now able to give command in Hinglish, learn how to book

13/01/2021
New Delhi: Tata Motors today unveiled its Altroz ​​iTurbo. Booking of this new model of the company will start from tomorrow i.e. January 14....

11/09/2020
Mumbai: A Delhi-based rapper has alleged that this year's Indian Premier League (IPL) anthem 'Aayenge Hum Back' has been stolen from a song he...

CBSE said there will be no cut in the social science syllabus of the...

26/02/2021
New Delhi: The Central Board of Secondary Education (CBSE) has denied the news related to the cuts in the syllabus of class 10 social...