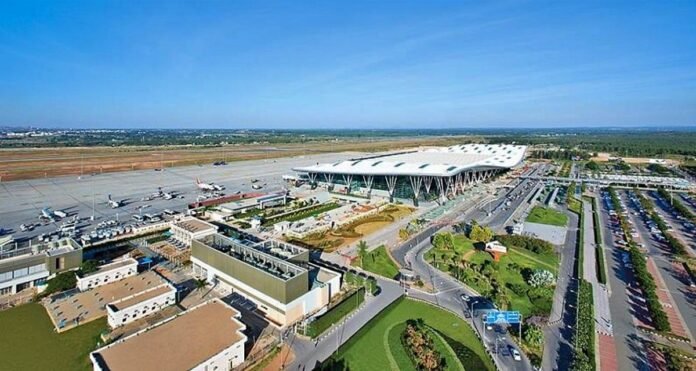 Pune: A serious problem has arisen due to the accumulation of sewage water in pits just a short distance from the runway at Lohgaon airport. Due to this, birds coming on sewage can pose a danger in flying the aircraft. Such a complaint was given by the Airport Authority to the Pune Municipal Corporation officials. The PMC who came into action took it seriously. While starting the work of drainage line of 11 villages, it has been decided to start the work of drains from here.

Recently the officials of the Municipal Corporation and the Airport Authority inspected the problems in and around the airport. During the inspection, a crater was noticed near the runway where the planes landed. Sewage water from the surrounding area gets stored in this pit.

Immediate decision to start work
A large number of birds come to eat the insects that grow in this sewage. These birds can cause danger in flying the plane. Such suspicions are being raised. Therefore, this sewage problem should be dealt with at the earliest, the airport authority told the municipal officials. PMC officials have also decided to start work in this regard immediately. Recently, drainage line work has been started in 11 villages. Under this, the PMC administration has decided to develop a drainage line here.

The remaining area of ​​Lohgaon has been included in PMC recently. Due to the lack of sewage systems in this area, water gets stored in open pits. That’s why the birds come to eat the insects of the accumulated water. These birds can cause inconvenience to the aircraft. It has been decided to develop a drainage line at this location immediately after joint inspection. This work was started two days back.

17/08/2020/7:34:pm
Indore(MP): Intermittent rains continue in the city for two days. However, the Indore district has received less than average rainfall this season. The average...

29/07/2020/11:01:am
This is such a great arrogance of Bangladesh that Prime Minister Sheikh Hasina has not given time to meet the Indian High Commissioner for...

23/07/2020/8:28:pm
Mumbai: Sitting in another country, Pakistanis encourage Kashmiri youth to carry guns, even funding such nefarious activities is not new. Some Bollywood celebrities have...